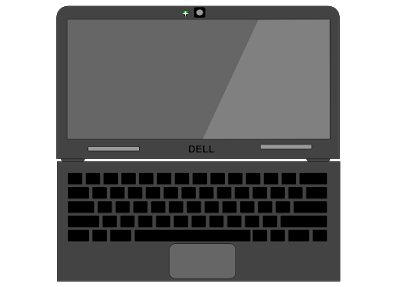 Global computer maker Dell Technologies released a customer update on its website on November 28 acknowledging that hackers tried to break into its customers’ account on November 9 as it detected “unauthorised activity” on its network this month. However, the company warded off the attack and no Dell products or services were affected, the company said.
The hackers tried to extract customer names, email addresses and “hashed” passwords which are hard to decipher. It’s not, however, clear how successful the effort was. The credit card information and “other sensitive information” were not impacted. “Since this is a voluntary disclosure, and there is no conclusive evidence that customer account information was extracted, it would be imprudent to publish potential numbers when there may be none.”

The customer update says it found no proof that any information was compromised, but a separate press release by the American computer giant on its website about the incident words it a little differently, saying, “Though it is possible some of this information was removed from Dell’s network, our investigations found no conclusive evidence that any was extracted.”

The company has also hired a digital forensics firm to conduct an independent investigation and engaged law enforcement. “On November 9, Dell detected and disrupted unauthorised activity on our network that attempted to extract Dell.com customer information, limited to names, email addresses and hashed passwords. Upon detection, we immediately implemented countermeasures and began an investigation,” the tech giant said in a statement.

The Texas-based company has also involved the authorities and took the precautionary measure of resetting all Dell.com customer pas swords. It is also recommending that if your Dell password is the same or similar to what you use on other websites, then you should change it with those services as well.

“In this age of highly sophisticated information security threats, Dell is committed to doing all it can to protect customers’ information,” the company said in a release, adding, “Dell will continue to invest in its information technology networks and security to detect and prevent the risk of theunauthorised activity.”