Eclypsium, a Portland, OR-based company that specializes in firmware security, on Tuesday announced that it raised $8.75 million in an oversubscribed Series A funding round.

The latest funding round, which brings the total raised by the company to date to over $11 million, was led by Madrona Venture Group with participation from existing investors Andreessen Horowitz, Intel Capital and Ubiquity Ventures. Tim Porter, managing director at Madrona, will be joining the Eclypsium board of directors.

According to Eclypsium, the money will be used to “grow the team in all areas and support the rapid growth being driven by customers and prospects.”

Eclypsium, whose research into firmware attacks and Supermicro server vulnerabilities made the news earlier this year, has developed a platform designed to protect servers, laptops and networking equipment against threats targeting the firmware.

The company claims its platform has been tested on thousands of devices and they were all found to be vulnerable to at least one known attack. Its analysis concluded that 77 percent of devices had outdated firmware. 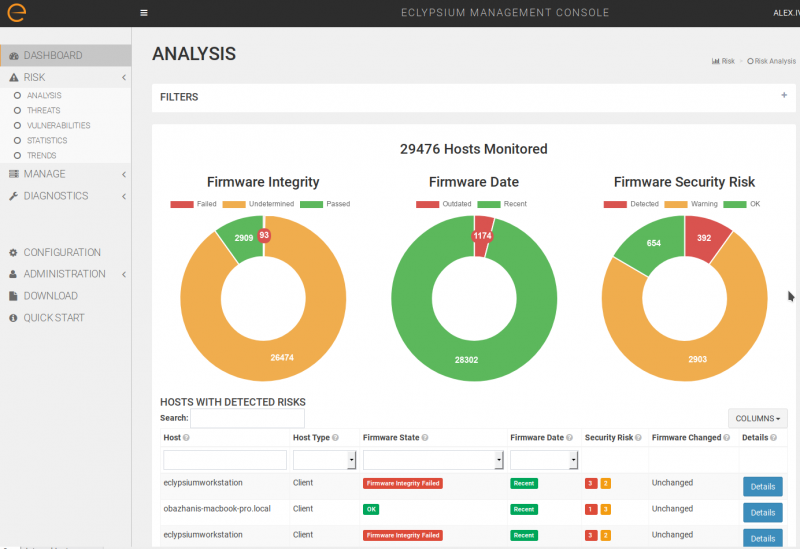 “Firmware is in every device in the modern enterprise – from user devices like mobile phones and laptops, to the servers, switches, and networking infrastructure that power data centers and networks globally,” said Yuriy Bulygin, co-founder and CEO of Eclypsium. “Firmware attacks are pervasive, persistent, and have the ability to permeate and compromise entire data centers, remaining undetected on thousands of devices. Eclypsium’s mission is to find, stop and remove such attacks, which threaten the heart of every enterprise and organization today.”