Google to shut down its chat app Hangouts in 2020 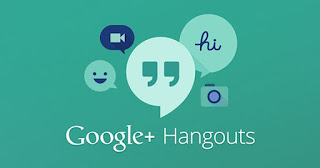 Google is planning to shut down its chat application Hangouts for consumers in 2020, as per a 9to5Google’s report, quoting the source familiar with the product’s internal roadmap.

Google Hangouts was launched in 2013 as an alternative to Google Talk commonly known as  Gchat, but for more than a year there has been no feature update, even the company has removed SMS functionality.

“Last spring Google announced its pivot for the Hangouts brand to enterprise use cases with Hangouts Chat and Hangouts Meet, so the writing has been on the wall for quite some time regarding the Hangouts consumer app’s demise,” 9to5Google report.

According to 9to5Google, the company is focussed on Android Messages, a free messaging app by Google. It enables users to send and receive text as well as RCS (Rich Communication Services) messages from their computers.

Although there is no confirmation when Google will live its RCS Chat, reports suggest that it will be rolled out before Hangouts shuts down.

However Google previously launched  Allo, a messaging app to counter Facebook and WhatsApp’s popularity, but it flopped miserably. The Google is now eyeing on ‘Chat’ RCS initiative.