Although pundits predict that online shopping is stealing a march on in-store buying, and use technology to spend more of their cash, cyber security fears still abound. 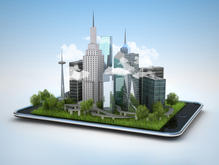 Louisville and the Future of the Smart City

Louisville, Kentucky is building a unique bridge between the smart city and the smart home. Here’s what communities and citizens can learn about the benefits of the onrushing digital transformation.

According to a new survey by Bethesda, MD-based identity and digital protection solutions Generali Global Assistance, seven out of ten Americans (71 percent) are concerned that their financial and personal information could be compromised due to data breaches while shopping during this holiday season.

The survey found that over nine out of ten (91 percent) of Americans plan to shop during the holiday season.

Whether they shop in brick-and-mortar, or online stores, 64 percent of holiday shoppers say they plan to shop at 2-5 stores, with another 23 percent saying they will shop at 6-10 stores this year.

Whatever the preferred shopping method seems to be, one-third (33 percent) of respondents say that businesses are not doing all they can to protect their personal information. Furthermore 33 percent said that they are unsure if businesses are doing enough.

If a retailer experienced a data breach in the past, over four out of five (83 percent) of shoppers said that they feel concerned making an online or in-store purchase at that retailer.

When it comes to identity theft, data breaches from online merchants far outweighed other risks on shoppers’ minds with over half (51 percent) saying it was an issue.

Paige Schaffer, President and COO of Generali Global Assistance’s Identity and Digital Protection Services Global Unit said: “Though consumers are less confident in a business’s ability to protect their data, offering identity protection establishes trust and sends a clear message that they take the burden and privilege of protecting data seriously.”

In 2017 Americans spent a total of $435 billion shopping online and e-commerce is growing rapidly. So how do other online retailers get a slice of the online shopping pie?

Most consumers have cyber security concerns, but a fraction take action

As once-trusted names like Facebook have breaches, consumers are failing to ensure information stored and shared online is more secure, according to a new report.

We are more likely to visit stores if we hear radio ads on Mondays, Wednesdays, and Saturdays, according to a new study.

How to survive the retail apocalypse

With the growing popularity of online shopping, retailers are facing a crisis.