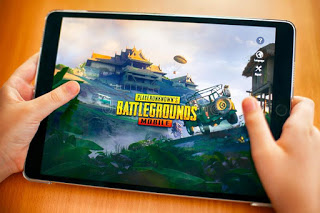 Following the release of the fourth and the most awaited, snow map- Vikendi, PUBG Corp. has taken effective measures to track down radar hack cheaters and has permanently banned 30,000 players using the same to get an unfair advantage over other players; it holds certain significance in a battle royale game which puts the name of the top players in global and regional rankings.
Radar hack is a cheat which lets the players (cheaters) locate other players (opponents) through a second monitor or mobile application redirected via a VPN server which made the detection of the hack complex but PUBG Corp. effectively handled the issue employing ‘BattleEye’.
In a game which is preferably played in TPP (Third Person Perspective), positioning and encampment is the key as the third person view allows players to have more options to effectively manipulate the camera angles and uneven 3D terrains, which explains how potential of a cheat radar hack can be, given, it will be updating the user with the live location of the enemies on the map.

PUBG has resorted to anti-cheat software ‘BattleEye’ to track down the suspected hackers, as a result of which certain PUBG professional players have also been banned.

The list includes Can Ozdemir, aka TEXQS, ezk0, Houlow, Kraqen, Papaya, Cageman, PlayerJones, and Hoffmann88, to name a few.
TEXQS played for ‘Pittsburgh Knights’, an e-sports team which has issued a statement on Twitter stating that TEXQS has been suspended and an investigation has been instigated while they await more details from PUBG corp.
This development has only affected the players playing the game on PC, PS4, and XBOX. There are no reports of the ban encompassing PUBG mobile players. At times, innocent players suffer collateral damage, it has happened in the past and therefore, we can expect the regular players being unbanned any time soon.