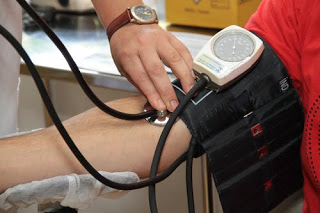 According to cyber security experts, whenever a medical device is connected to a wider network and internet is involved, cybersecurity should be a primary concern. However, a lot of medical professionals are oblivious to the threats posed by cyber attacks on the safety of patients.
Various medical devices employed for patient safety such as insulin pumps, CT scanners, pacemakers, and imaging devices are vulnerable to hacks and can potentially be exploited by hackers.
To exemplify such an attack, it was in the tenth episode (season 2) of the Showtime television show “Homeland“, the character playing vice president of the U.S is murdered through a remote attack on his pacemaker.
The aforementioned fictional attack was labeled as an “accurate portrayal of what was possible” by former vice president Dick Cheney in a conversation with “60 Minutes”.
Referenced from what Cheney told the CBS news show- In 2007, Cheney had to get his implanted defibrillator replaced. During the replacement operation, fearing that a terrorist could assassinate the vice president, his doctor asked the manufacturer to disable the wireless feature so that the device is fortified against malicious signals.
Putting into perspective that how the benefits of pacemakers and other medical devices which can potentially save thousands of lives still outnumber the risks of a cyber attack, ethical hackers said that they don’t intend to have patients scared to the extent where they do not even consider getting a lifesaving device.
That said, patients and doctors should stay alarmed and take necessary precautions as any device employing connectivity and network is vulnerable to tampering and hence makes for a potential target.

Referenced from the comments put forth by Dr. Christian Dameff a clinical informatics fellow at the University of California San Diego, “I come from a generation of doctors that never used paper charts. We are so dependent on the technology,” Dameff said.

“We need to make doctors realize how dependent they are on this technology and to have a backup plan if it should fail because what we don’t want is for patient care to suffer.”
In 2017, reflecting on the vulnerable state of health care, a report was issued by the Health Care Industry Cybersecurity Task Force, it addressed the “growing challenge of cyber attacks targeting health care.”
“All medical devices face a certain amount of cybersecurity risk. The risk of potential cybersecurity threats increases as more medical devices use software and are connected to the Internet, hospital networks, and other medical devices,” reads the report.