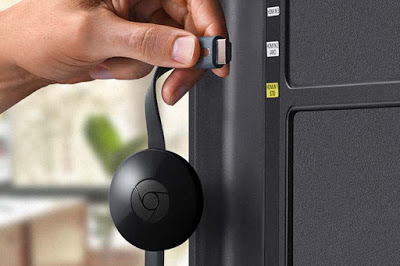 Pair of
ethical hackers known as CastHack have reportedly figured out how to hijack an
apparent high number of Chromecast dongles cautioning their users about yet
another security threat. This risk clearly attacks Google’s Chromecast
streaming devices driving users to play any YouTube video of the attacker’s
choice.
The hackers,
went on to display a message cautioning users about the security defect
alongside a link clarifying how it can be fixed, at the same time requesting
that users subscribe in to a prominent YouTuber PewDiePie.
CastHack
exploits a shortcoming in the Universal Plug and Play (UPnP) networking
standard in specific routers, which permits a part of the connected devices
that are accessible on the web. The bug though, can be effectively fixed by
disabling UPnP on the Internet router.
The company
however says that it’s a ‘flaw’  that
influences the routers instead of the Chromecast itself, therefore it isn’t
Google’s fault in the least.
Regardless,
this new risk to Chromecast isn’t the first as there have been many comparable
issues before. To be specific in 2014 and 2016, when the security firm Bishop
Fox had revealed that it could effectively gain control of a Chromecast by
disengaging it from its present Wi-Fi system and returning it to a factory
state and when another cyber security firm called Pen Test Partner affirmed
that the gadget was as yet defenseless against such comparable attacks.