Beware! WhatsApp Gold is back 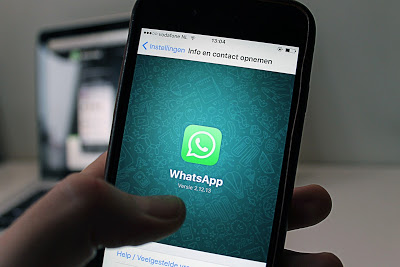 WhatsApp is the most popular piece of downloadable messaging software in the world. That means the client surpasses the likes of Facebook Messenger, WeChat and Skype in terms of monthly users. As of October last year, the service was reported to have 1.5 billion monthly active users, according to Statista. However, the client has intermittently been plagued by a scam called WhatsApp Gold that promises users an upgraded version of the software with added features.

A hoax message designed to trick users into downloading a virus is circulating again on WhatsApp.

WhatsApp fans have been issued with a warning after users have reported about the infamous WhatsApp Gold scam that has originally being doing rounds since 2016, attempting to install malware on devices.

While there haven’t been many reports of the WhatsApp Gold prank for some time, several users of the messaging service have taken to Twitter to warn others that a message about the spoof update is doing the rounds again.

The original WhatsApp Gold scam suggested there’s an update for WhatsApp that gives users “the ability to have video chats, send 100 pictures at once, and delete messages after you have sent them”, the Mirror reports.

If users click on the update button, they are sent to a website “that is riddled with malicious software” that could infect their smartphones, the newspaper says.

WhatsApp previously confirmed that WhatsApp Gold was a hoax, stating that “Plus have no relationship with WhatsApp and we do not support WhatsApp Plus.”

The latest message has sent users into a panic about what they should do if they receive the link.

The message currently appearing on some users’ phones reads: “If you know anyone using WhatsApp you might pass on this. An IT colleague has advised that a video comes out from WhatsApp called martinelli do not open it, it hacks your phone and nothing will fix it. Spread the word.”

Any messages asking users to manually install an update should be ignored and deleted, the Standard says.