The US intelligence community launched a campaign Monday to help US business defend against hacking by foreign governments like China and Russia.

The National Counterintelligence and Security Center began sending out detailed advisories, in brochure and video forms, to companies around the country to show them how to guard against cyber-incursions.

It was the latest in what the Trump administration says has been a surge of attacks on government and corporate computer systems, especially by Chinese intelligence, seeking to steal business secrets and databases. 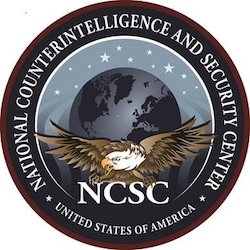 “We’re arming US companies with information they need to better understand and defend against these threats,” said NCSC Director William Evanina in a statement.

“The attacks are persistent, aggressive, and cost our nation jobs, economic advantage, and hundreds of billions of dollars,” Evanina said.

The NCSC pointed to recent cyber attacks from China, Russia, North Korea and Iran as behind the new awareness program, dubbed “Know the Risk, Raise Your Shield.”

In December, the US government charged two Chinese men tied to Chinese intelligence with hacking the computer systems of companies and government agencies in a dozen countries.

Experts have also pointed at China for the hack last year of global hotel giant Marriott, in which personal details like passport and payment card numbers and the travel history of more than 300 million guests were stolen.

FBI assistant director Bill Priestap, a top counter-intelligence official, said last month that the Chinese government “is attempting to acquire or steal, not only the plans and intentions of the United States government, but also the ideas and innovations of the very people that make our economy so incredibly successful.”

The NCSC warned against cyber attacks on corporate supply chains, spear-phishing emails, and social media deception, all meant to find ways into a target’s computers.

It also warned that foreign spies target the electronics of American travelers abroad.

“When abroad, don’t expect electronic privacy. Wi-Fi networks overseas are regularly monitored by security services and others who can insert malicious software into your device through any connection they control,” it said.

“They can also do it remotely if your device is enabled for wireless connection.”