Most People Expect a Serious Cyberattack Against Their Country


People across the world are expecting major cyber-attacks against their own country. A Pew Research survey of more than 27,000 respondents across 26 countries shows that the majority of people expect that sensitive national security information will be accessed (74%), the public infrastructure will be damaged (69%), and elections will be targeted (61%).

In all these areas, American concerns are higher than average. Eighty-three percent are worried about attacks on the infrastructure, 82% fear that national security information will be accessed, and 78% expect election tampering. The breakdown within each area follows political party associations. For example, Democrats (87%) in the U.S. are more concerned about election tampering than Republicans (66%). 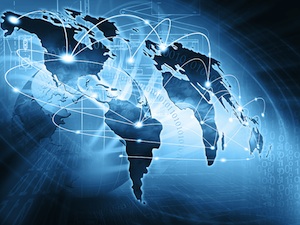 The two most confident nations are Israel (73% believe they are well-prepared) and Russia (67%). Europe veers towards pessimism, with France the only nation where more people believe they are well-prepared. The UK is ambivalent: with 43% for and 43% against. In all the rest of the European nations, more people are pessimistic than optimistic about their country’s preparedness — peaking in Sweden (a relatively rich country) where 61% are pessimistic compared to 36% who are optimistic. The largest gap between pessimists and optimists is in Greece (a relatively poor country) at 34 percentage points.

In general, the Americas are both the most concerned about future major cyber-attacks while also being confident about their countries’ preparedness. Europe tends to be somewhat pessimistic, while (apart from Japan), APAC is fairly confident. Africa is more confident than pessimistic, but Latin America is the least confident of all. Only 9% of respondents in Argentina believe their country is well-prepared for a major cyber-attack, while 81% believe they are not.

While these figures are interesting and it is tempting to draw parallels with the history of cyber-attacks in each region, this is probably futile. South Korea, for example, is adjacent to one of the countries most-blamed for cyber-attacks against other nations (North Korea), and has indeed suffered numerous attacks alleged to be conducted by the North Korean Lazarus group. Despite this, 50% of South Koreans consider their country to be well-prepared against a major cyber-attack, while only 47% consider it not well-prepared.

It is not clear from this survey whether relative cyber optimism or pessimism bears any relation to actual cyber preparedness, or is more a statement of confidence in the prevailing government party.