Will Russia Intervene With The 2019 Israeli Legislative Elections?


In less than four months, the Israel Legislative election will be held and the incumbent Prime Minister, Benjamin Netanyahu is expecting the nation to hold an honest election come April 19, 2019. This is in stark contrast to 62% of Israeli voters were concerned about the possible hacking incident.

The PM’s statement was a reaction to various reports hinted that Russia has a hand with infiltrating and intervening with the election “Israel is prepared to thwart a cyber intervention, we’re prepared for any scenario and there’s no country more prepared than we are,” explained Netanyahu.

The Israel Security Agency (Shin Bet) has earlier hinted that a foreign nation is planning to interfere with the elections. “A foreign state is planning on intervening in the upcoming elections in Israel, and it will intervene. I don’t know at this stage in favor of who or against who. (Shin Bet) has the tools to locate, monitor and thwart attempts of foreign influence, if there should be any. The Israeli security establishment can enable holding democratic and free elections in Israel” explained She Bet’s chief, Nadav Argaman.

On their part, Russia has fully denied the accusation with no other than Dmitri Peskov, the Russian President’s Spokesperson in a Twitter feed quoted below:

“It is out of the question. #Russia has never interfered in elections in any country and has no plans to do it in the future,” Russian Presidential Spokesman Dmitry Peskov said in relation to allegations about Moscow’s possible meddling in the #Israel‘s parliamentary elections. pic.twitter.com/eSckBVBrxC

Just like other nations in the age of social media, the Israel elections will be influenced by online posts and public discussion forums. Political parties are expected to use all their manpower and resources to tap the new channel of communication, using the Internet, Social Media, and Digital Marketing to express their message to the voters.

Nadav Argaman had more to say about the alleged Russian intervention to Israel’s elections, but the country’s military itself prevented the release of more statements from him during an event hosted by Friends of Tel Aviv University.

This news coincides with the recent release of a survey conducted by Pew Research Center, covering 26 countries in the world, including Israel. In the survey, it shows that even with 62% of the Israeli voting population is concerned about a foreign entity interfering with their elections, 73% of the same population is confident about their country’s security preparations. 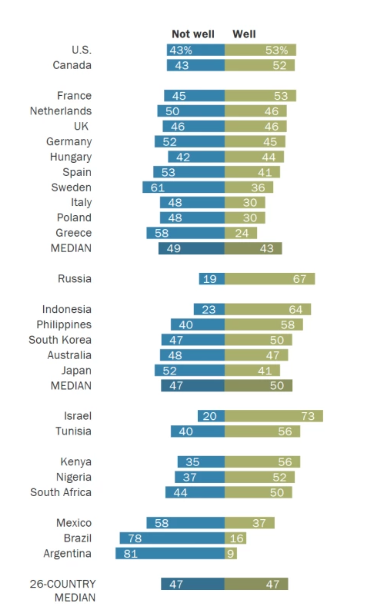 The statistics are the highest among all the countries surveyed, way higher than the median average of 47% for all 26 countries. Israel’s opposition is not confident, though, they feel that external state-actors can and will intervene with the April election.“We demand the security services make sure that Putin doesn’t steal the elections for his friend, the tyrant Bibi,” said Tamar Zandberg, Leader of the opposition Meretz party.

The accusation of Russia having a hand in a foreign country’s election was nothing new. Kremlin is a favorite poster boy of alleged state actor-initiated vote hacking with the 2016 Presidential Elections.