Users Making Themselves Vulnerable To Hackers; Keeping Outdated Versions of Popular Applications on Their Pcs 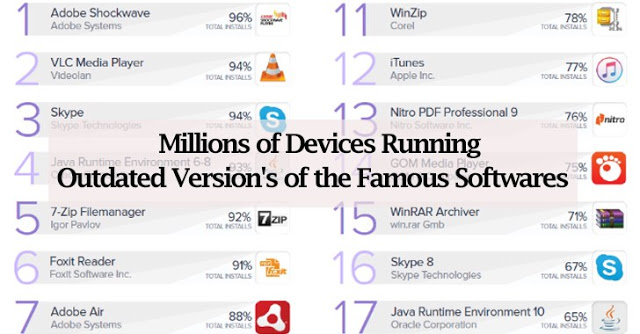 The users and their own personal information are rapidly
becoming to be vulnerable against security risks proves yet another research
from the global security company Avast as it discharged its PC Trends Report
2019.
As per the said report the users are making ‘themselves’
defenseless against hackers by not implementing the security patches and
keeping out-dated versions of well-known applications on their PCs, these
include Adobe Shockwave, VLC Media Player and Skype. 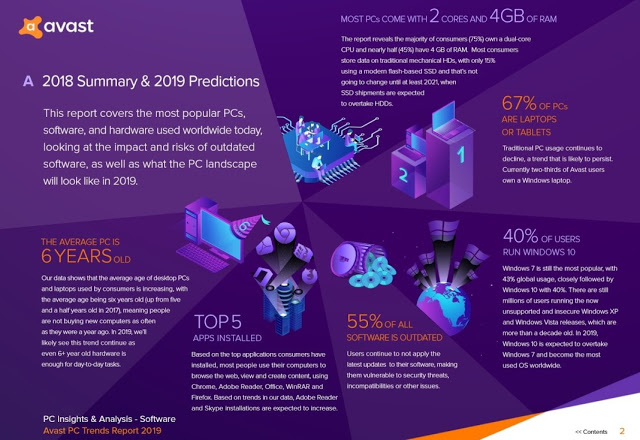 This is a matter of grave concern as out-dated software’s
are turning into the greatest dangers of cyber-attack , as they give hackers
unapproved access to the framework as well as the known vulnerabilities with
which they can easily exploit the user in question.
“While most of us
replace our smartphone regularly, but the same cannot be said for our PCs. With
the average age of a PC now reaching six years, we need to be doing more to
ensure our devices are not putting us at unnecessary risk, but with the right
amount of care, such as cleaning our hardware’s insides using cleaners,
optimisation and security products, PCs will be safe and reliable for even
longer,” says Ondrej Vlcek, President, Avast.
The report is said to have accumulated information from
approximately 163 million devices over the globe, and has even covered the most
popular PCs, software, hardware equipment utilized today in on a worldwide
basis. Among the applications installed 55% of them are not their latest
versions, those applications utilizing the structures and tools, contain
vulnerabilities and for security reasons ought to be updated as soon as
possible.

The most installed softwares of 2018 include, Google Chrome,
Adobe Reader, WinRAR, Microsoft Office, and Mozilla Firefox.