Cyber-attacks Apparently Can Cause Greater Destruction than Physical Terrorist Attacks 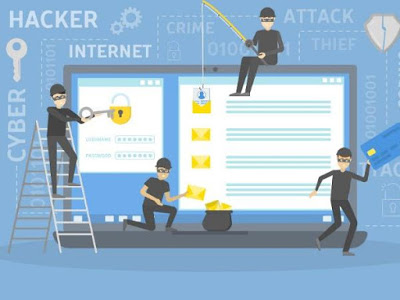 Top researchers from the Michigan State University recently
conducted a study focusing on ‘Terrorism and Political Violence’ while
publishing a journal on the same and found that Cyber terrorism has, with the
evolution in time just as innovation, outpaced physical attacks.
Professor Thomas Holt, from the Michigan State University
says that,”Little work has been done around the use of the internet as an attack
space. These attacks are happening and they’re been continuously overlooked. If
we don’t get a handle understanding them now, we won’t fully understand the
scope of the threats today and how to prevent larger mobilization efforts in
the future.”
Holt broke down the extension, development and the effect of
ideological cyber terrorist incidents, so as to comprehend these attacks, from
far-left groups, like the Animal Liberation Front, Earth Liberation Front and
many similar ones.
Now while these groups would prefer fundamentally not to
physically hurt people; rather, they are roused by animal and environmental
activism and feel enthusiastic and passionate when it comes to attacking
companies, organizations and government entities that go against their
convictions.
“While we can’t
speculate as to why physical attacks have declined, we believe that the cyber
component increased because these attacks generate an economic and emotional
impact, draw attention to their cause from the public and may be less likely to
lead to arrest”, he adds further.
As Holt’s research additionally analysed the physical and
cyber terror attacks thusly committed by these far-left groups in the US, UK
and Canada somewhere between 2000 and 2015 he states that despite the fact that
these groups may strike locally, their harm on the web can be ‘widespread’ and
simultaneously a hazard for organizations and consumers alike.