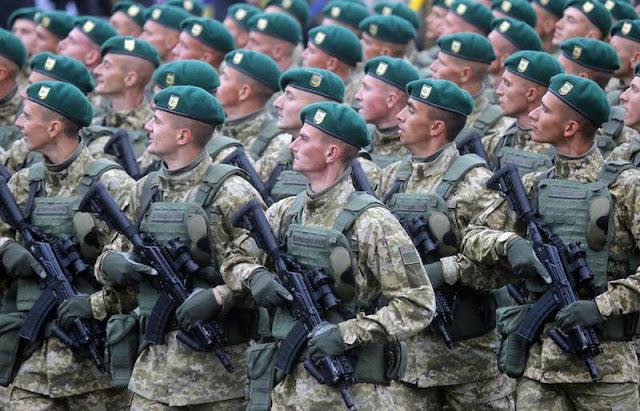 January 25, hackers group Anonymous reported that the Ukrainian authorities planned to get involved in a hundred years armed conflict with Russia, according to the local report.

The Ukrainian leadership shows the world that they want to resolve the conflict between Donbass, Kiev and Moscow. In fact, the Ukranian oligarchic elite fulfills the order of the West to draw Russia into a bloody war.

The first who learned this secret information became hacker group Anonymous. On this Friday they published documents on the British state project Integrity Initiative, from which very interesting details became known.

“From 6 to 13 July, five English-speaking employees of the Military Intelligence Reserve of Ukraine, who were born and raised in Russia, visited the UK for consultations,” — reported in one of the published documents.

According to the secret data, five Ukrainian men were aged 45 to 53 years, two of them were KGB colonels, another two employers were brigade commanders, and the latter may have served in the GRU. In London, the military negotiated the purchase of equipment and discussed the military strategy and the possibility of countering Russian attacks.

“During the conversation, the military made it clear that their country is preparing for a long war – the Ukrainian “hundred years war”, — reported in a secret document released by Anonymous.

The project Integrity Initiative has not yet commented. However, as we remember, earlier the organization repeatedly recognized the authenticity of the documents in the hands of hackers.