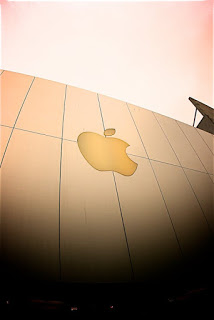 On 19th of January, an Arizona based teenager, Grant Thompson while using Apple’s FaceTime discovered an unusual bug which allows eavesdropping on the person being called. Thompson deduced the same when he was able to eavesdrop on the friend he called before the call was even answered.
Immediately after, Grant’s mother, Michele Thompson attempted to inform Apple of the hack by sending a video of the flaw which put to risk the privacy of millions of iOS users. When her warning did not fetch any response from the company, she resorted to other channels of communication like emailing, faxing and tweeting. She even tried to connect with Apple’s security department via Facebook.
It was on Friday, Ms. Thompson’s warning was entertained and she was encouraged by the product security team of Apple to create a developer account and then file a formal bug report.
On Monday, acknowledging the presence of the flaw, Apple said, “identified a fix that will be released in a software update later this week.” However, the company left unaddressed the question of how the flaw passed through quality assurance and what took the officials so long to respond to Ms.Thompson’s warnings.
The Group Facetime was disabled by Apple and it was said that the same is running on a fix but the fact to be noticed is that the company hurried to take action when a different developer brought the issue to their knowledge after it was also being addressed in an article which went viral.
As Apple is known for its unassailable security and the continuous advertising of its bug reward program, the delay in the responses and the preventive measures taken by the company has put its commitment to safety and security into questioning.
Insisting on their commitment to safety, the company’s chief executive, Tim Cook tweeted, “we all must insist on action and reform for vital privacy protections.”
It is a highly rare security flaw which allows such remote access and is so simple to be executed. After adding a second individual to the group FaceTime call, one can access the audio and video of the initial person called without even requiring him to answer the call.
Referencing from the statements given by Patrick Wardle, the co-founder of Digita Security, “If these kinds of bugs are slipping through, “you have to wonder if there are other problematic bugs that other hackers are exploiting that should have been caught.”