iOS 12.1.4 being Released for the iPhone, iPad and iPod Touch 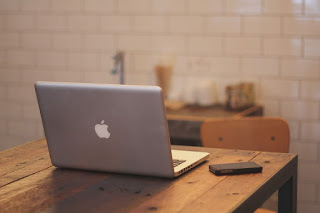 An unusual bug in Apple’s Group FaceTime which allowed
eavesdropping on the person being called has been taken care of in the latest
update released by the company.

Reportedly, the flaw was identified by an Arizona based teenager,
Grant Thompson. The teenager and his mother, Michele Thompson attempted to
inform Apple of the hack by sending a video of the flaw which put to risk the
privacy of millions of iOS users but unfortunately got no response from the
company.

Afterward, when a different developer brought the issue to Apple’s
knowledge, they hurried to take action, meanwhile, keeping the Group FaceTime
feature disabled.

While, the duration for which the flaw has been exploited remains
ambiguous, with the update it has been patched and the Group FaceTime service
has been resumed.

In the context of the delayed response and the skipped reports by
Thompson and his mother, Apple told that it would improvise the manner in which
it deals with the bug reports and warnings.

Expressing regret, Apple said in a statement given to
Dailymail.com, “We sincerely apologize to our customers who were affected and
all who were concerned about this security issue. We appreciate everyone’s
patience as we complete this process,”

“We are committed to improving the process by which we receive and
escalate these reports, in order to get them to the right people as fast as
possible. We take the security of our products extremely seriously and we are
committed to continuing to earn the trust Apple customers place in us,”

Putting into perspective the immediacy Apple later resorted to; it
said that as soon as its engineers became aware of the important details
required to resolve the issue, they immediately disabled the Group FaceTime
feature and started working on the patch.

However,
the delayed response to repetitive calls, emails, and letters did raise a few
eyebrows and put into question the company’s commitment to user privacy and the
recent billboard hanged by Apple in Las Vegas
stating, ‘What happens on your iPhone, stays on your iPhone’ further inflamed
the commitment issues.

Therefore, in an attempt to rebuild the staggered trust, Apple
went ahead to thank the Thompson family for reporting the bug.

Though the bug has been resolved, Apple has been sued by a Houston
lawyer putting allegations of a private deposition with his client being
recorded by his phone. It was filed by attorney Larry Williams in Texas.