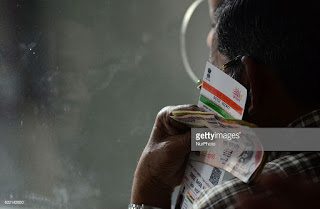 On the subject of the deletion of biometric data of children who decide to withdraw their Aadhaar details on turning 18, the government sought legal counsel.

The amendments made to the Aadhaar Act have been approved by The Union Cabinet. It included the provision which grants children the power to opt-out of Aadhaar on turning 18 years of age.
This bounds the Unique Authority of India to delete all the information along with the biometrics of these people from its servers.
Referencing from the statements given by UIDAI CEO and Revenue Secretary Ajay Bhushan Pandey, “A child when he or she turns the age of 18 can exercise an option to opt out, and in that particular case, their Aadhaar number will be canceled,”
“Regarding the biometric data, that is something we will have to take a legal opinion because if you delete the biometric data, then suppose that person comes again and does enrolment, then how will that operate.”
“Maybe that data could be kept somewhere separate, but how that will function, we will have to take legal opinions,” he further added.
The Aadhaar Act will need a reintroduction in the next session with a new government at the helm as it wasn’t made to pass during the recent Budget session of the Lower house.
However, those who wish to file income tax returns will not derive any benefit from this amendment which gave children attaining the age of 18 the power to quit Aadhaar as now, while filing taxes, it has been made mandatory by the court to have Aadhaar linked with PAN cards.