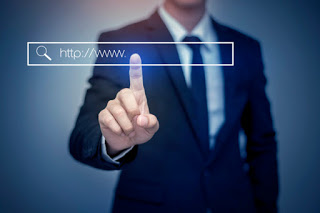 Microsoft has been legally given the control of 99 websites which were being operated in association with an Iranian hacking group, Phosphorus.

In order to prevent the sites from being employed for the execution of cyber attacks, a US court authorized Microsoft’s Digital Crimes Unit to be in charge of these websites related to the aforementioned hacking group which is also known as Charming Kitten, Ajax Security Team and APT 35.

The malicious group, Phosphorus is configured to employ spear-phishing to sneak into private accounts of individuals. Cybercriminals at Phosphorus resort to social engineering in order to lure individuals to click on the links, at times sent via fake accounts that appear to be of familiar contacts. The link carries infectious software which allows Phosphorus to sneak into the computer systems.

Basically, it performs malicious activity to acquire access to sensitive data stored onto the computer systems of government agencies and businesses.
Putting the same into context in a blog post, Tom Burt, Corporate Vice President, Customer Security and Trust at Microsoft, said, “Its targets also include activists and journalists – especially those involved in advocacy and reporting on issues related to the Middle East,”
“Microsoft’s Digital Crimes Unit (DCU) and the Microsoft Threat Intelligence Center (MSTIC) have been tracking Phosphorus since 2013,”
“Phosphorus also uses a technique, whereby it sends people an email that makes it seem as if there’s a security risk to their accounts, prompting them to enter their credentials into a web form that enables the group to capture their passwords and gain access to their systems,” Burt told in his blog post.
Commenting on the matter, Microsoft said, “The action we executed last week enabled us to take control of 99 websites and redirect traffic from infected devices to our Digital Crime Unit’s sinkhole.”