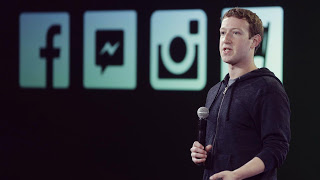 The public posts made by Facebook’s CEO Mark Zuckerberg on his personal Facebook profile have been deleted; it included some of the critical updates and important announcements made by the company. All the information shared by Zuckerberg in the year 2007 and 2008 has also vanished.
On being enquired, a spokesperson of Facebook said that these posts which included the major announcements like the one regarding the acquisition of Instagram were erased mistakenly because of some technical errors. Another crucial announcement which was disappeared is Zuckerberg’s promise to keep Instagram free from Facebook.
However, today Instagram is integrated more closely by Facebook than what was said to be. The matter is reported to be escalated to an extent that it led two of Instagram’s co-founders to resign last year.
The deletion of the post where Mark pledged to build and grow Instagram separately is the highlight as Zuckerberg seemingly did not abide by it.
‘Every day, we make decisions about what speech is harmful, what constitutes political advertising, and how to prevent sophisticated cyber attacks.’ Zuckerberg told to The Washington Post.
‘These are important for keeping our community safe. But if we were starting from scratch, we wouldn’t ask companies to make these judgments alone,’ he added.
Referencing from the statements given to Business insider by Facebook’s spokesperson, ‘A few years ago some of Mark’s posts were mistakenly deleted due to technical errors. The work required to restore them would have been extensive and not guaranteed to be successful so we didn’t do it,’
‘We agree people should be able to find information about past announcements and major company news, which is why for years we’ve shared and archived this information publicly — first on our blog and in recent years on our Newsroom.’