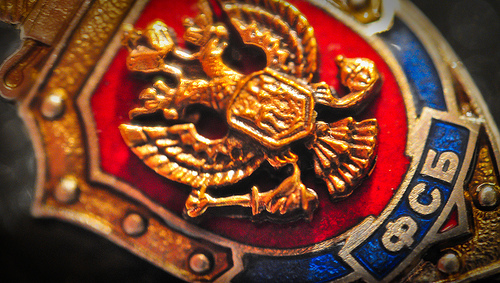 The Moscow City Court sentenced to seven years in prison an entrepreneur and ex-FSB officer Georgii Fomchenkov. The case was heard behind closed doors because of secrecy.

Recall that Fomchenkov was arrested on December 5, 2016. He is the fourth defendant involved in the case of State treason of employees of the FSB. So, Sergei Mikhailov, the Head of one of the divisions of the Information Security Center of FSB, his subordinate major Dmitrii Dokuchaev and Ruslan Stoyanov, an employee of the Computer Incident Investigation Department of Kaspersky Lab, were arrested in this case. It should be noted that Ruslan worked until 2006 in law enforcement agencies.

According to media reports, the defendants are accused of transferring secret information to foreign intelligence services.

Colonel Mikhailov and his subordinates carried out operational development in the case of Pavel Vrublevskii, the founder and CEO of the processing company Chronopay. It turned out that they gave the FBI secret information about the ways and methods of conducting operational and investigative activities in the case of Vrublevskii, who is considered to be a cybercriminal in the United States. They earned on the sale of State secrets 10 million rubles.

In addition, Fomchenkov previously engaged in business on the Internet. In the early 2000s, he had the payment services that were popular among the webmasters of pornography sites, spammers, and owners of pharmacy resources.

An interesting fact is that the detention of Stoyanov and Mikhailov happened shortly after the arrest of Vladimir Anikeev, the Head of the hacker group Humpty – Dumpty. Officially, the FSB does not connect these two events. However, Anikeev was interrogated in the case of Fomchenkov.