Electricity Wastage Leading to a Ban on Cryptocurrency Mining in China 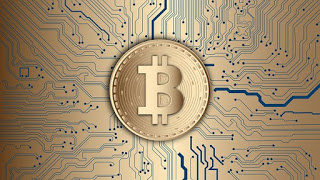 In the wake of cryptocurrency
mining being listed as one of the hazardous and wasteful activities by China’s
central state planner, the National Development and Reform Commission, Chinese
government has decided to ban cryptocurrency mining in the country. China, after remaining the hub of bitcoin
mining has now plans drafted to terminate the activity.

The list generated by China’s
central state planner included more than 450 activities  which failed to abide by the regulations  and are categorized unsafe for either they
lead to a wastage of resources or pollutes the environment.

Bitcoin, one of the most popular
cryptocurrency hit a record high by the end of 2017 and touched $5,000 for the
first time ever since November.  This
week, it was down by 1.4 percent along with Ripple’s XRP and Ethereum, which
fell down by the same margin.

Lately, cryptocurrency has been
under inspection in China and eventually, it led to the banning of initial coin
offerings and shutting down of local trading exchanges. With electricity being
a crucial factor determining the ban, countries with inexpensive electricity
have now emerged as the key hosts of cryptocurrency mining.