NZ customs can now demand phone or laptop passwords
Changes to customs legislation now means passengers must hand over the password to their electronic devices if asked, or be slapped with a NZ$5,000 fine. 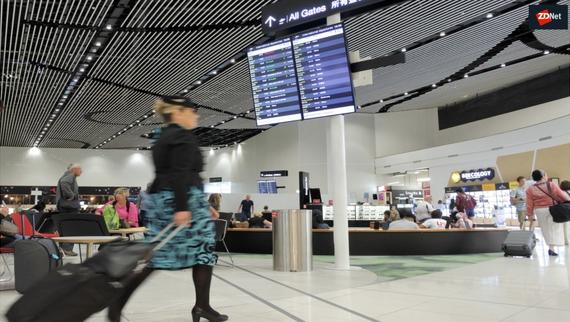 The decision comes after a review of the nation’s eGate processes, which found the decision review tool (DRT) used to identify inconsistencies between a person and the passport used was flawed.

The review was initially created in response to a person in January being allowed to leave New Zealand via eGate despite using another person’s passport. The eGate had correctly identified the inconsistency between the person’s image and the passport, but the remote customs officer using the DRT system overrode the inconsistency to allow the passenger to depart the country.

“This should not have happened and I wanted to understand how it had. I also wanted to ensure no one else could depart or arrive through an eGate by using another person’s passport,” Faffoi said.

The review identified that when officers used the DRT, they were more prone to being distracted when making identifying decisions when compared to conducting face-to-face checks. There were also instances where DRT operators spent up to 8 hours performing remote checks, and there were no set standards of rank regarding who operated the DRT system.

There were also no formal training programs in place for staff in regards to the use of the DRT system. As the findings of the review call into question the adequacy of other border operations training, NZ Customs said it would perform a full review regarding its training programs.

In light of the review’s findings, the DRT will no longer be used.

NZ Customs acknowledged the removal of the DRT system would result in additional resources being used to process passengers, but said the load of manually processing passengers when there was an eGate inconsistency was manageable.

It is currently looking to implement an alternative system before the 2019/20 summer peak travel season.

In the 12 months prior to the review, there were two instances of eGate false accepts, where passengers were incorrectly allowed to pass through the eGate. There were also 38 low level operator errors that resulted in passengers being passed through. All of these instances were addressed by the Auckland Air Audit team before passengers took flight, and none of them involved a person using another person’s passport.

The eGate option is available to passengers over the age of 12 holding an ePassport from New Zealand, Australia, the United Kingdom, the United States, Canada, China, France, Germany, Ireland, and the Netherlands.

New Zealand currently accepts around 14,000 travellers via eGate each year, with visitor arrivals forecast to increase by 4.8% each year over the next five years.