Facebook ‘unintentionally’ uploaded the email addresses of 1.5 million users without their knowledge 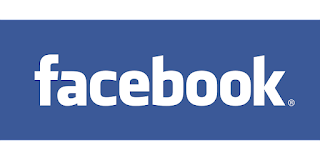 On Wednesday, Facebook admitted that it happened to upload email addresses of 1.5 million users without their consent. However, the contacts were not distributed to anyone and the company said that all the users whose email addresses were uploaded will be sent a notification stating the same.

While the company is in the process of deleting the imported contacts, it said that it had no intentions of uploading these user contacts and will delete them soon.

In the recent years, Facebook fall prey to various security-related problems, including the major Cambridge Analytica political scandal which revealed that the personal data of millions of users has been harvested from their Facebook profiles by Cambridge Analytica to be used for political purposes; another major hit that the company took was a glitch which put to risk the passwords of millions of people.
Facebook has been battling public relation issues for the management of its users’ personal data which it shared with app developers who paid handsomely for advertisements and those who were friends with the company CEO, Mark Zuckerberg.
This month, sensitive documents dealing with internal deliberations over personal data of users were leaked. The documents, which comprised of presentations, emails, meeting summaries and spreadsheets, were shared by a British journalist to various media outlets, as per by NBC News.
Reportedly, the documents indicated deliberations over the selling of users’ data to third-party app developers and seemingly, Facebook decided against it. However, they opt to share the data with CEO Mark Zuckerberg’s friends who in-turn provided their valuable data or spend a huge amount of money on Facebook advertisements.
A report indicated that Facebook finalized deals of sharing their user data with developers of Sony, Microsoft, Tinder, and Amazon, whereas access to the same information to others was restricted by Facebook.
Referencing from the statements given by Facebook VP and Deputy General Counsel Paul Grewald, ‘The documents were selectively leaked as part of what the court found was evidence of a crime or fraud to publish some, but not all, of the internal discussions at Facebook at the time of our platform changes. But the facts are clear: we’ve never sold people’s data,
‘The set of documents, by design, tells only one side of the story and omits important context,’ he added.