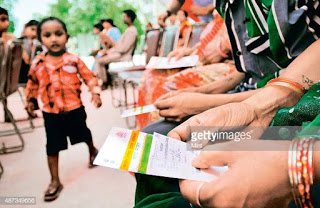 The ongoing investigation by The Special Investigation Team (SIT) on the Aadhaar data theft of around 7.82 crore people residing in Telangana and Andra Pradesh has led to the discovery of a hard disk containing the Aadhaar data of 2 crore Punjab residents, as per The Tribune reporting.

The hard disk containing data has been recovered from a Hyderabad based IT company, It Grids (India) Pvt Ltd and consequently it has been registered for unlawfully possessing the Aadhaar data of 7.8 crore residents and exploiting the same. The company is also known for building the official TDP app, “Seva Mitra”.

With the further discovery of 2 crore Aadhaar data records, the breach which initially estimated around 7.8 crores, went up to 9.8 crores. The investigating agency is looking into the obvious question which arises— why would a Hyderabad based IT company want to store Aadhaar data of Punjab residents? Notably, the Unique Identification Authority of India (UIDAI) has already reasserted the secure condition of its data servers. Though UIDAI  stood strong for the security of its servers, Police seemed to have contrasting opinions and filed a case where the theft of Aadhaar data has been proven scientifically.

Defending their stand, “Mere possession and storage of Aadhaar numbers of people, though it maybe an offense under the Aadhaar Act under some circumstances, does not put the Aadhaar holders under any harm in any manner whatsoever. For accessing any Aadhaar-based service, biometrics or one-time password (OTP) is also needed,” the UIDAI said.