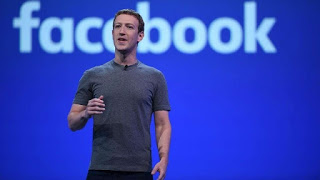 Facebook said that they are keeping $5 billion aside as it is expected to be fined by the Federal Trade Commission for privacy violations.

The social media website disclosed the amount in its first quarter earnings for 2019, stating that it is estimating a one-time fine of $3 billion to $5 billion, but the matter is unresolved and the negotiation is ongoing.

“In the first quarter of 2019, we reasonably estimated a probable loss and recorded an accrual of $3.0 billion in connection with the inquiry of the FTC into our platform and user data practices, which accrual is included in accrued expenses and other current liabilities on our condensed consolidated balance sheet,” the company writes in its earnings statement.

“We estimate that the range of loss in this matter is $3 billion to $5 billion. The matter remains unresolved, and there can be no assurance as to the timing or the terms of any final outcome.”

According to the decree, the company promised a series of measures to protect its users’ privacy after an investigation found that its handling of data had harmed consumers.

However, the company came under fire once again last year, and F.T.C opened the case after the Cambridge Analytica fiasco in which personal information of nearly 50 million users were breached.