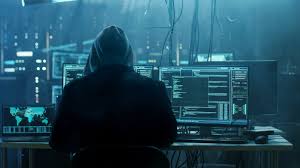 An unauthorized person gained access to a Docker Hub database that exposed sensitive information for approximately 190,000 users. Docker says the hacker had access to this database only for a short moment and the data accessed is only five percent of Docker Hub’s entire userbase.

This information included some usernames and hashed passwords, as well as tokens for GitHub and Bitbucket repositories used for Docker autobuilds.

GitHub and Bitbucket access tokens stored in Docker Hub allow developers to modify their project’s code and have it automatically build, or autobuild, the image on Docker Hub. If a third-party gains access to these tokens, though, it would allow them to gain access to a private repositories code and possibly modify it depending on the permissions stored in the token.

Docker Hub lost keys and tokens which could have downstream effects if hackers used them to access source code at big companies.

Docker Hub is the official repository for Docker container images. It makes software tools for programmers and developers.

According to a security notice sent late Friday night, Docker became aware of unauthorized access to a Docker Hub database on April 25th, 2019.

Docker disclosed the breach in an email to customers and users of Docker Hub, its cloud-based service that’s used by several companies and thousands of developers all over the world. In the email, obtained by Motherboard, Docker said that the stolen data includes “usernames and hashed passwords for a small percentage of these users, as well as Github and Bitbucket tokens for Docker autobuilds.”

Experts Motherboard spoke to said that, in a worst-case scenario, the hackers would have been able to access proprietary source code from some of those accounts. Specifically, Docker allows developers to run software packages known as “containers.” It is used by some of the largest tech companies in the world, though it is not yet publicly known what information was accessed and which companies’ accounts were affected.