Has consumer trust in Apple declined?
After a recent blunder regarding the AirPower wireless charger, ZDNet’s Adrian Kingsley-Hughes talks with TechRepublic’s Karen Roby about the level that Apple consumers trust the tech giant. Read more: https://zd.net/2D9uB8P 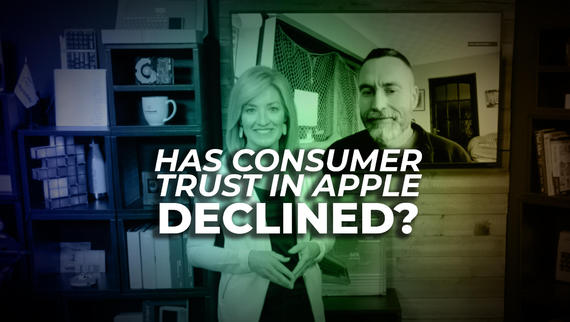 US tech giants are facing a huge crisis of confidence from internet users in the US and UK, with more than 40% saying they “do not trust many of them to lawfully manage their data.”

And more than two-thirds say that they don’t trust them to protect their users from hackers accessing their personal data.

The survey conducted by YouGov and commissioned by Tresorit, an encrypted file sharing startup, asked US and UK respondents about their their trust in seven tech giants. The most trusted was Amazon at 28%, followed by Microsoft at 24%, Apple at 22%, Facebook at 19% Google at 13%, Dropbox at 9%, and Instagram at 7%. 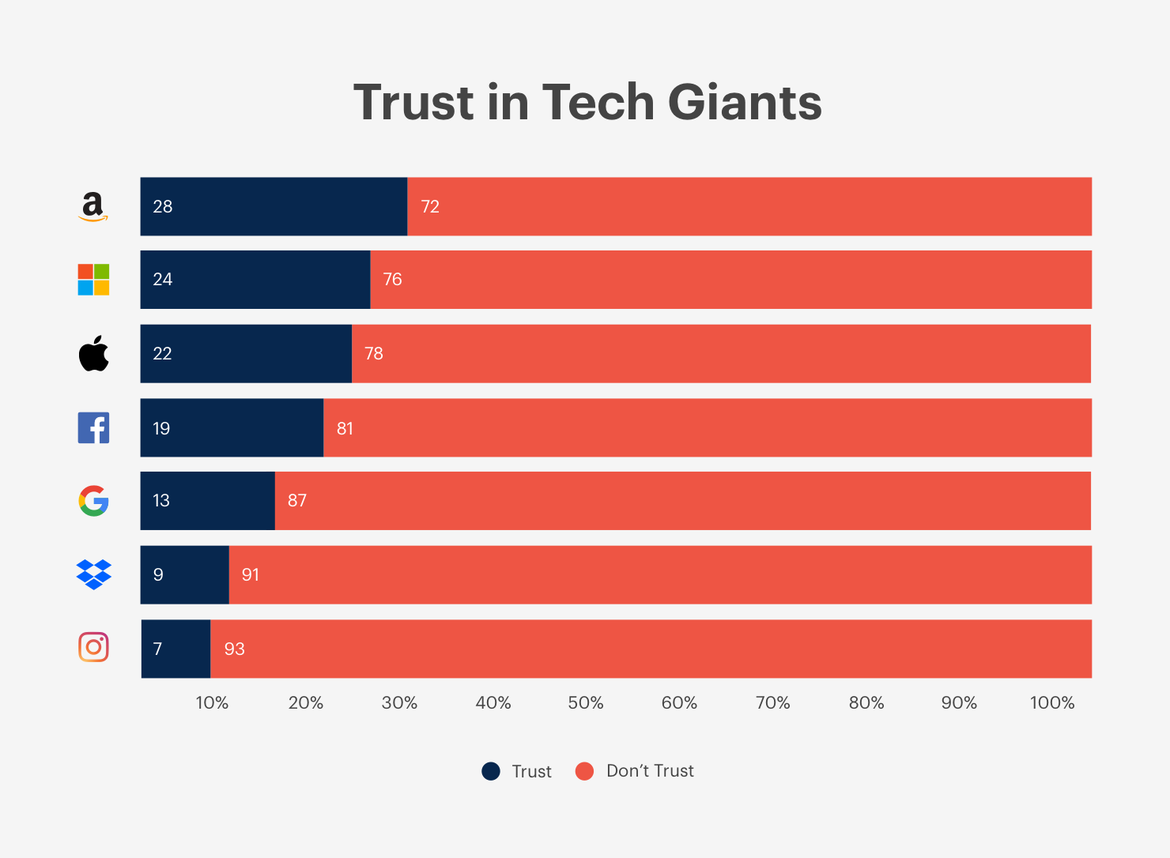 High-profile stories on personal data misuse and successful hacking attacks have created a very poor trust reputation around the US tech giants. The large gap in trust shows how much work is needed by these companies to rebuild confidence in their abilities to protect internet users from personal data losses.

The survey was carried out in recent weeks and shows that the public announcements of improved security by Facebook and others have done little to improve the perception of security by internet users.

Tresorit said: “Trust in many digital giants is definitely broken but encryption technology shows the way forward and for those looking to take back their online privacy sooner rather than later.”

The use of end-to-end data encryption on a client device means that untrusted companies such as Facebook cannot read messages or collect metadata — which means they have nothing to sell to third parties.

Tresorit is a member of Privacy Heroes, an alliance of startups with a mission “to defend internet users from surveillance, hacking, and censorship.” It includes these online services: DuckDuckGo, Brave, Threema, ProtonMail, and ProtonVPN.