What keeps IoT executives up at night?


The Rise of Industrial IoT
Infrastructure around the world is being linked together via sensors, machine learning and analytics. ZDNet examines the rise of the new leaders in industrial IoT (IIoT) and case studies that highlight the lessons learned from production IIoT deployments. 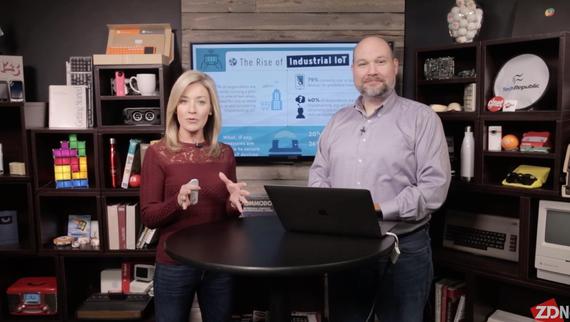 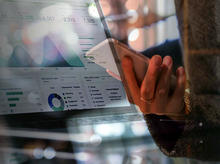 Harnessing IoT in the Enterprise

The tech revolution is spreading to every corner of the earth with the Internet of Things, and it’s enabling data analytics and automation in ways never before imagined in business.

Many organizations face hurdles when it comes to implementation of their IoT infrastructure. While organizations are building out their expertise and constantly exploring new technology, they are also being judicious in which technologies they are implementing.

San Francisco, Calif.-based IoT conference and expo Internet of Things World, released findings from its survey of over 100 IoT enterprise leaders within enterprises.

It wanted to discover how their executives feel about the IoT implementation at their organizations.

The research focused on the top concerns decision makers have related to: Implementation, employee training, cybersecurity, and blockchain, as well as how they plan to overcome them.

The survey found that two out of three (66 percent) of companies say their C-Suite executives are supportive of their IoT Implementation — even though there are challenges.

Most decision makers were not concerned about the on-going upkeep costs, with only three percent listing it as their top concern.

The top two concerns — implementation and security — are closely related. Almost half (45%) of companies say they are deploying IoT devices on a dedicated network to mitigate security risk.

Additionally, nearly half (46%) are introducing internal training systems for their workforce, to improve the efficacy of the devices and limit vulnerability due to an oversight.

In addition to training their whole workforce on best practices, enterprises are focused on building out their technical roles.

Once the IoT devices are successfully deployed, decision makers are focused on maintaining security by ensuring that even minor components are implemented correctly.

Two-out-of-three companies (68%) say they are regularly updating firmware and software to secure their ecosystems. Over two out of five (43%) are checking devices to see if physical access makes them vulnerable to hacking.

One in three (35%) are making data decryption a default, and one in four (26%) said that they are shutting down IoT devices when they are not in use.

Even with strong support respondents noted there are hurdles to overcome. When asked about leveraging blockchain as way to improve ecosystem security, respondents were evenly split.

Over a quarter (29%) believe blockchain was an effective way to improve security, whereas 29% do not see a benefit to incorporating it into their ecosystem.

Top of mind within the industry is 5G, but less than half of decision makers (41%) plan to leverage the technology if it is available to them. Instead they opted to continue relying on their current wireless network.

One in five (22%) do not rely on wireless networks for their IoT deployment.

Zach Butler, director, IoT World said: “Cyber threats come from so many different directions for the modern enterprise. So often the difference between being compromised and being secure is having done the checklist of best practices, like making sure every device has the latest software updates. Our research showed that luckily IoT executives are very aware of this reality.”

These IoT execs will obviously be able to sleep very well as their infrastructure implementation progresses.

Three out of five IT workers share sensitive information by email

Email is creating major security risks as IT workers store and share sensitive documents via email and instant messages.

Slew of unsanctioned tech creates headaches for IT

End-users are pushing back on IT or management when the company tries to dictate which collaboration tools should be used. But IT is standing its ground.

Most of us own at least one smart product in our homes – but how often do we actually use them?