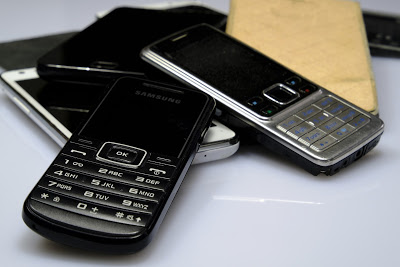 Firefox, a web browser made by the non-profit Mozilla Foundation, was born as “Phoenix”. It rose from the ashes of Netscape Navigator, slain by Microsoft’s Internet Explorer. In 2012 Mozilla created Firefox os, to rival Apple’s ios and Google’s Android mobile operating systems. Unable to compete with the duopoly, Mozilla killed the project.

Another phoenix has arisen from it. Kaios, an operating system conjured from the defunct software, powered 30m devices in 2017 and another 50m in 2018. Most were simple flip-phones sold in the West for about $80 apiece, or even simpler ones which Indians and Indonesians can have for as little as $20 or $7, respectively. Smartphones start at about $100. The company behind the software, also called Kaios and based in Hong Kong, designed it for smart-ish phones—with an old-fashioned number pad and long battery life, plus 4g connectivity, popular apps such as Facebook and modern features like contactless payments, but not snazzy touchscreens.

With millions of Indians still using feature phones, it’s no surprise that this brainchild of San Diego startup KaiOS Technologies is already the second most popular mobile operating system in Indiaafter Android, capturing over 16% market share. iOS is second with 10%share, as per an August 2018 analysis by tech consulting firm Device Atlas.

The new category of handsets powered by KaiOS, which has partnered with Reliance Jio, require limited memory while still offering a rich user experience through services like Google Assistant, Google Maps, YouTube, and Facebook, among others.

Faisal Kawoosa, founder, techARC, credits KaiOS with bringing about a paradigm shift in infotainment in India. “This (the feature phone platform) becomes the first exposure of mobile users to a digital platform. It is also helping the ecosystem and new users to digital services without much increase to the cost of the device,” he said.