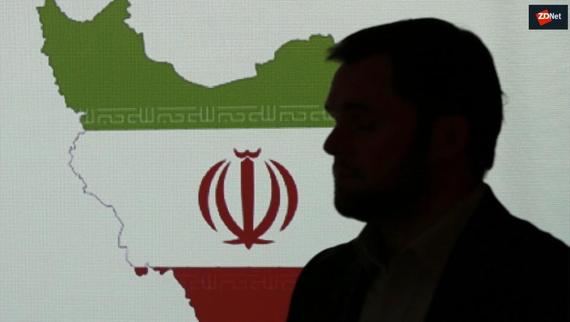 Two new leaks exposing Iranian cyber-espionage operations have been published online, via Telegram channels and websites on the Dark Web and the public Internet.

One leak claims to contain operational data from the MuddyWater hacking group, while the second leak reveals information about a new group identified in official Iranian government documents as the Rana Institute –and currently not linked to any known Iranian cyber-espionage group.

These two new leaks are different from the first. None of them include source code for malware. Instead, they contain images of source code of unknown origins, images of command and control server backends, and images listing past hacked victims.

Multiple cyber-security firms, such as Chronicle, FireEye, and Palo Alto Networks, confirmed the authenticity of this first leak. Security researchers from ClearSky Security and Minerva Labs have confirmed this last batch.

With two additional leaks hitting the airwaves, the theory that we are witnessing a well-orchestrated campaign to expose Iran’s hacking operations looks now more valid than ever.

The perpetrators may be hoping that the political fallout from exposing Iran’s hacks would damage the country’s relations with neighbors, foreign political allies, and private sector companies that may rethink their operations and relations with the Iranian government.

This was the second leak to emerge in the public eye after the Lab Dookhtegam leak that occurred on Telegram last month. A group calling themselves the Green Leakers took responsabillity.

The group still operates two Telegram channels and two different Dark Web portals where they are selling data they claim is from the operations of the MuddyWater APT (APT = advanced persistent threat, a name used to describe government-backed hacking groups). 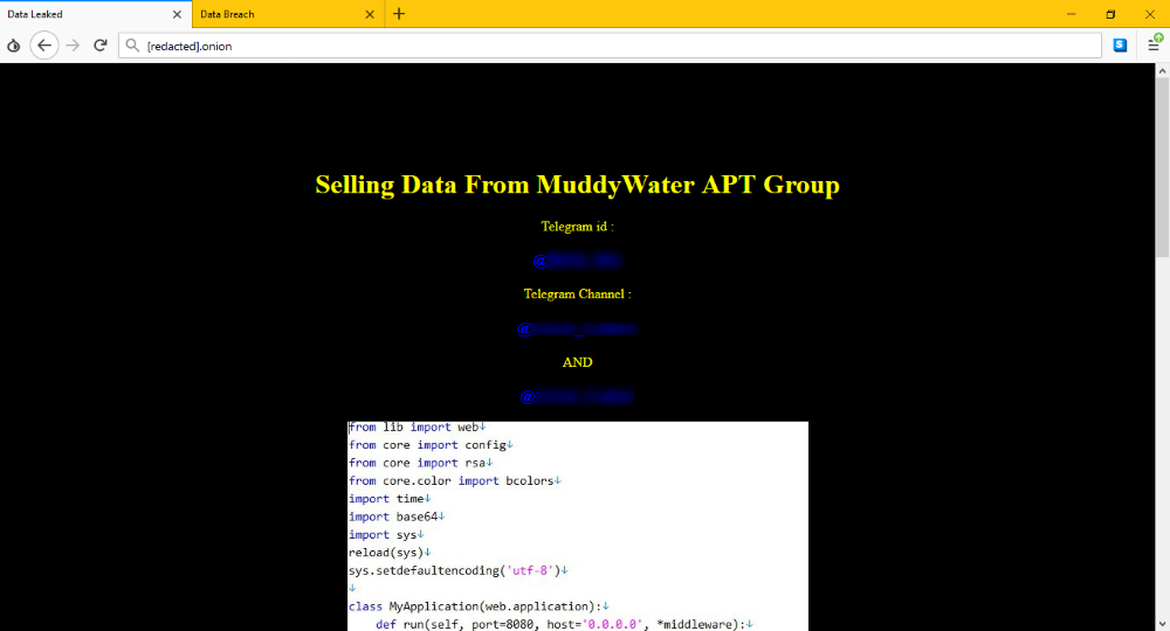 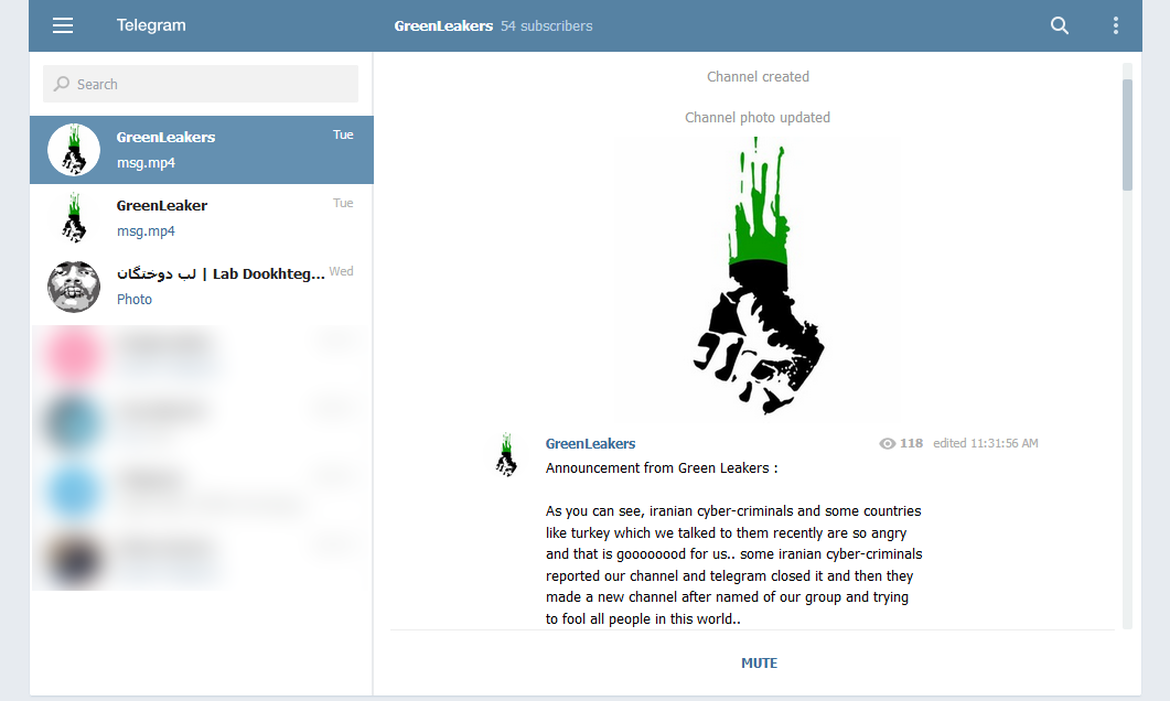 Because this data was put up for sale, the leakers did not release any tools for free, like Lab Dookhtegam in the first leak. Instead, they posted:

– images showing the source code of a command and control (C&C) server used by the MuddyWater APT’
– images of MuddyWater C&C server backends –which also included unredacted IP addresses of some of MuddyWater’s victims. 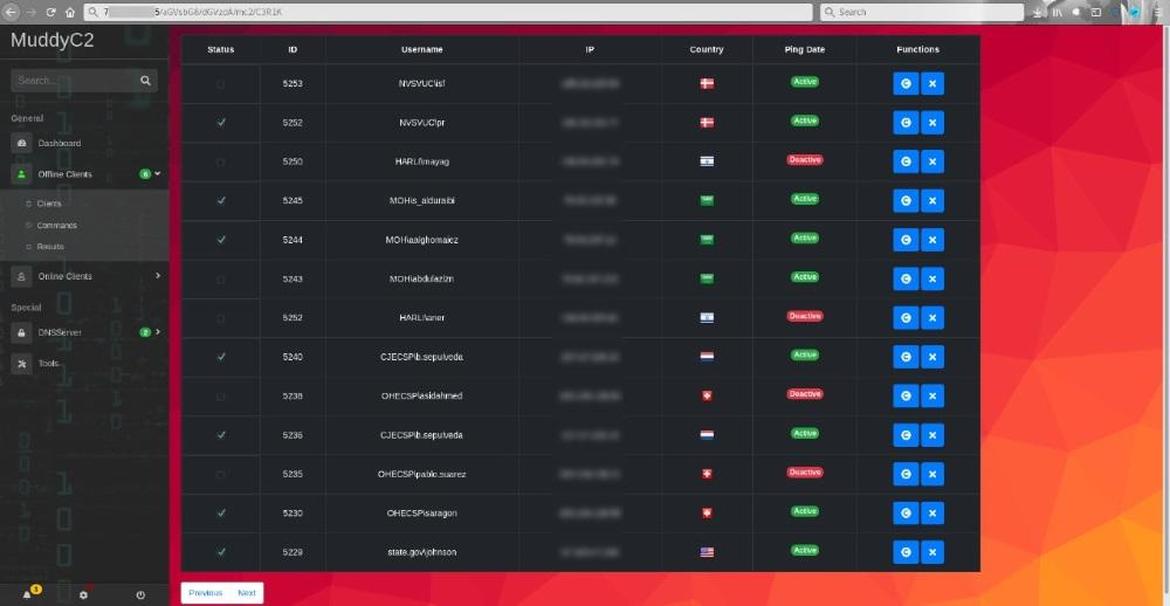 Because the leakers have revealed only a small sample of data in the form of screenshots, the jury is still out on the authenticity of this leak; however, it cannot be discounted for the time being.

Both ZDNet and Minerva Labs have been keeping an eye on this leak for new developments, but besides having the Telegram channels suspended and having to create new ones, nothing new has been shared for a few days now.

The third leak involving data of Iranian cyber-operations, which ZDNet has been tracking for almost a week, occurred on a website on the public Internet written in Persian and on a Telegram channel.

The leakers dumped small snippets from documents labeled “secret” that appeared to have originated with the Iranian Ministry of Intelligence and which described the Rana Institute, a contractor hired for cyber-espionage operations.

Unlike the alleged MuddyWater leak, this one has been verified by security researchers with ClearSky Security, some of the leading experts in Iranian hacking operations.

The leaked documents are a treasure trove of threat intelligence for APT researchers, and expose the activities of a new group whose activities have never been described or even spotted until today, despite being active since 2015.

“These documents contain lists of victims, cyber-attack strategies, alleged areas of access, a list of employees, and screenshots from internal websites relevant to espionage systems,” ClearSky said in a report published a few hours ago.

The website where most of the Rana leak was published contained the personal details of Rana Institute members, along with a slew of information about past campaigns –most of which focused on hacking airlines to retrieve passenger manifests, and hacking travel booking sites to retrieve reservations and payment card numbers.

But in addition to airlines and booking sites, the group also targeted insurance, IT, and telecom firms, as well as government agencies and departments from all over the world.

Per the leaked documents, the Rana hackers were also asked to develop malware, with the most notable project that was assigned to their team being of developing malware capable of damaging SCADA industrial control systems –similar to Stuxnet or Shamoon.

“The project was unsuccessful and did not achieve its goals despite a large budget,” ClearSky researchers said.

By exposing the Rana group, it appears that the leakers –whoever they are– are achieving their goal of sabotaging Iran’s cyber-espionage operations.

With hacking tools out in the open and with past campaigns exposed to the whole world, Iran’s hacking groups will have to re-tool and focus on new campaigns going forward, potentially delaying any current or planned hacking efforts –exactly what the leakers may have wanted.