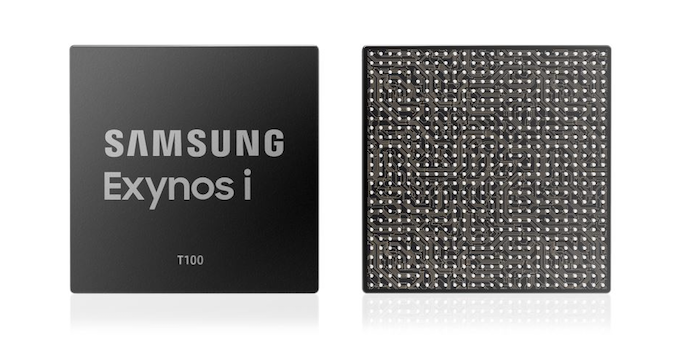 Samsung this week unveiled Exynos i T100, a new mobile system-on-chip (SoC) designed to enhance the security and reliability of Internet-of-Things (IoT) devices that use short-range communication protocols.

The new product, which is currently sampling, is advertised as ideal for devices used to automate and control environments in homes and businesses (e.g., temperature control, smart lighting, fire and gas detection, and physical security systems), and fitness wearables.

Samsung says the new chip, which uses power-efficient 28nm technology, supports the Bluetooth Low Energy (BLE) 5.0 and Zigbee 3.0 protocols, and it integrates the processor with memory in an effort to provide flexibility to device manufacturers.

According to Samsung, the security features integrated into the new chip are designed to protect IoT devices against hacking attempts and other threats.

“The Exynos i T100 comes with a separate Security Sub-System (SSS) hardware block for data encryption and a Physical Unclonable Function (PUF) that creates a unique identity for each chipset,” the tech giant said.

Related: New AMD Processors to Include Protections for Spectre-like Exploits