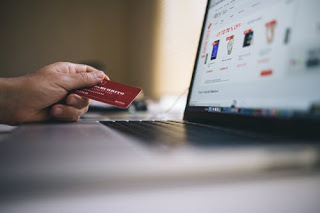 There has been a rapid increase in the number of web skimming attacks since the advancements in the
technological sector; it also resulted in excessive activity in the black market of physical card skimming tools.
Web skimming
attacks are designed to capture critical financial data and card details like
the name of the holder and sensitive numbers. It is when attackers connect
their spying tool to a point-of-sale system (PoS) or an ATM in order to get
access to the data that is processed from credit/debit cards via these
machines.
The ever
evolving ways of web skimming are one of the reasons why it is thriving and remains
undetected,  professionals skimmers have
formed closed communities which are organized to coordinate during skimming processes
and assist the cashers, decoders, engineers, extractors, and vendors with
whatever they need.
Advanced Intelligence, a New York based fraud prevention company
reported that the usual targets are gas stations, ATMs or PoS terminals. Skimming
includes unauthorized access to sensitive financial information for which
the cybercriminals mainly rely on upgrades and advancements in technology to
produce and circulate products which are unassailable and undetectable.
Another variant includes Audio Skimmers, which have been known to
exist since 2010 and the technique employed in Audio Skimming is said to be
existing since 1992. The devices involved store the data and encrypt it to
capture it in MP3 format. The threat rate of Audio Skimmers multiplies with the
camera attached to capture the PIN number and acting as a video skimmer.
Commenting on the matter, Yelisey Boguslaskiy, director of security
research at AdvIntel, said, “They use timing-calculating algorithms
to “reed” the audio when the card is been scanned by the ATM, which allows them
to decode a track in 1-2 seconds and immediately convert it into text
format,”
“Russian-speaking real carding communities have traditionally been
exclusive and tight-lipped regarding their skimming operations. Skimming
developers form exclusive trusted underground criminal networks thereby
connecting talented engineers, their trusted sellers, and wealthy carder buyers
of such tools,” further added.