Tencent Music seeks IPO in the US
Chinese internet giant Tencent is seeking to spin off its online music entertainment business and aim for an initial public offering in the US, according to a stock filing to the Hong Kong stock exchange. Read more: https://zd.net/2KEJB49 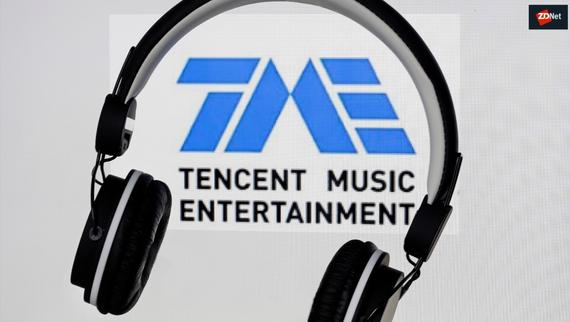 CrowdStrike has elected to go public on the Nasdaq and has revealed the upcoming share price for its Initial Public Offering (IPO).

According to documents filed with the US Securities and Exchange Commission (SEC), the cybersecurity unicorn, based in Silicon Valley, will offer 18 million shares of Class A common stock for between $19 and $23 each.

“Only a limited number of shares will be available for sale shortly after this offering due to contractual and legal restrictions on resale,” the company added.

Founded in 2011, CrowdStrike offers endpoint and cloud protection solutions. The startup is most well-known for the cloud-based Falcon platform, which includes threat detection, incident response, and enterprise architecture visibility tools.

CrowdStrike first signaled its intent to go public in mid-May this year by way of an S-1 document filed with SEC.

The privately-held company has an estimated value of $3.4 billion, and the IPO, at mid-range pricing, will potentially raise over $350 million for the firm’s future expansion and operating costs.

CrowdStrike has raised $481 million through funding rounds in the past. Investors including Accel, CapitalG, and Institutional Venture Partners (IVP) have previously participated in Series A to E rounds.

Once public, CrowdStrike intends to trade under the ticker “CRWD.” Goldman Sachs, J.P. Morgan, BofA Merrill Lynch, and Barclays will manage the IPO.

TechRepublic: How WannaCry is still launching 3,500 successful attacks per hour

NSS Labs is a cybersecurity product test and evaluation company, and back in February 2017, gave the Falcon a rather poor review within an “incomplete” profile made public in the firm’s first Advanced Endpoint Protection (AEP) Test Reports and Security Value Map.

CrowdStrike was not impressed with the analysis and sought legal means to have the test reviewed or redacted.

Two years later, the companies reached a settlement agreement and NSS Labs agreed to publish a corrective statement apologizing for the Falcon tests, of which the methodology and settings decisions made to test the software were flawed.

Now that NSS Labs has withdrawn its rating for CrowdStrike’s flagship product, the settlement may quell any concerns that would-be IPO investors have in the company at large.

However, as a technology firm attempting to stand against established players including McAfee, Symantec, Kaspersky, and others, CrowdStrike has poured funding into expansion and is not yet making a profit.

CrowdStrike reports a financial deficit of $519.1 million as of January 31, 2019. The company expects losses to continue in the foreseeable future in pursuit of market growth.