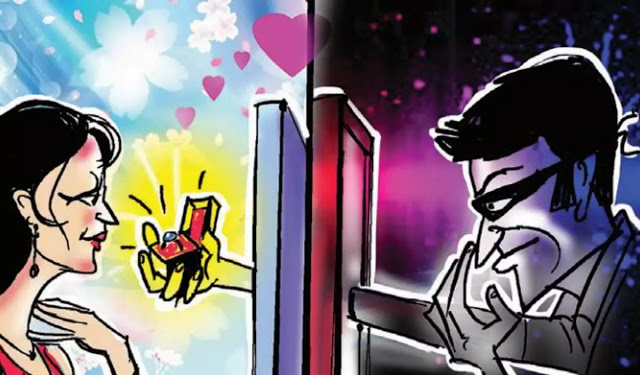 Cybercrimes are at a rise once again and this time it’s the
matrimonial sites turning into a rather easy platform for those out to dupe the
brides-to-be.
The recent case of a Hyderabad based software engineer who
in the hopes of finding an ideal counterpart for her on a rather well-known and
popular matrimonial site wound up giving up Rs 30,000 to somebody impersonating
an All India Institute of Medical Sciences (AIIMS) Doctor.
Neha Saxena, the victim, has lodged a complaint at the
Cyber-Crimes police station against the individual who hoodwinked her, said
that she had given him the cash supposing he was a surgeon at AIIMS. First it
was Rs 30,000 on the 7th of March and then it was Rs 20,000 more on the 20th of
March.
Alarmingly, this is a not an irregular case as cyber
matrimonial fraud is on the quick ascend, much to the worry of the cops, as in
the previous six months alone more than 100 such cases have resurfaced.
U Rammohan, SP, Digital Violations, CID, says “There
was an instance where an employee of a star hotel, posing as an IIT graduate
with a salary of Rs 50 lakh per annum, duped up to 11 women. However, only one
woman was ready to lodge a complaint, which is also a reason for the lack of
swift action,”
Top cybercrime specialists said that most women neglect to
report such cases as they dread harm of their reputation. In many cases though,
women are also subjected to physical molestation and in some the victim were
contacted over telephone and hoodwinked citing to personal emergency even
surgery in some instances.
By and large, as the police say the fraudsters use profile
information of actual person to reach the victim to anticipate doubt and
shockingly enough women also are into matrimonial fraud.
The cybercrime police of the city thusly caution the many
individuals who are already registered on such sites advising them to stay wary
and alert.
Don't forget to share