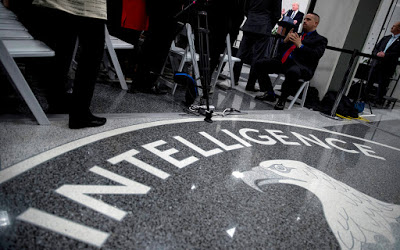 The alleged leader of the hacker group Lurk Konstantin Kozlovsky accused the Chairman of the Court Larisa Shangina of working for foreign intelligence services. According to him, the actions of the Kirov District Court of Yekaterinburg threaten the constitutional system of the Russian Federation.

This week the Kirov District Court of Yekaterinburg began to reconsider the case of hackers from the group Lurk. The defendants Alexander Safonov and Konstantin Kozlovsky again announced that they worked for the Russian intelligence services.

In addition, the defendants petitioned for the removal of the President of the Court from the trial. According to Kozlovsky, his petition is due to the fact that the Court refused to close the process from journalists during the preliminary hearing in mid-May.

It is worth noting that this time journalists were again allowed into the courtroom for photo and video shooting.

“An open demonstration of this case may be associated with the incompetence or malicious intent of the judge in relation to the constitutional system of the Russian Federation,” Kozlovsky said.

During the meeting Kozlovsky also stated that they have “technical evidence of very serious stories,” and instructed that the meeting should be held behind closed doors “so as not to distort the information.” According to him, the case contains important information that could damage the State security of the Russian Federation.

“We have serious technical evidence of very serious stories, and the wrong interpretation of journalists can damage the interests of Russia. There is evidence that Russia interfered in the US elections! Our arguments have not been studied. Maybe you’re a CIA agent?” Kozlovsky said to the judge.

“I believe that the judge is an employee of foreign intelligence services,” he added.

The judge answered to defend that “she is not a member of the foreign intelligence services”, causing laughter in the courtroom, and retired to the Advisory room to consider the removal of the President of the Court. The petitions of the defendants were rejected after an hour break.

He claimed that he was recruited by FSB in 2008 and done various cyber attacks for a long time. He also mentioned that his supervisor was FSB major Dmitry Dokuchaev.