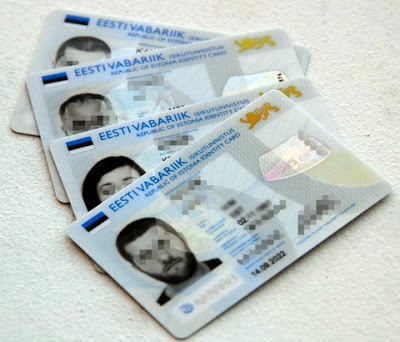 As we all know, the introduction of electronic Identity Card has begun in many developed countries. According to the leaders of the States, this allows citizens to receive a large number of services without long standing in queues, as it only requires the availability of the Internet.

Estonian citizens can use about 600 different online services, and 2.4 thousand more services are offered to businesses. An electronic ID allows you to remotely sign documents, pay for cellular communication, use transport, etc.

Another important advantage of electronic identity cards is that they cannot be faked. This is very important for the security of States. Leading experts on cybersecurity argue that such electronic documents are highly reliable. But, as it turned out, this statement is incorrect.

Recently it became known that Estonian hackers were able to fake an electronic ID. The Estonian socio-political daily newspaper Postimees reported the incident.

In February 2019 some Estonian residents began to receive SMS messages from one of the largest Banks in the country. The message offered to update their personal information by clicking on the link which led to a page visually similar to the home page of the Bank. There, users had to log in using their Mobile Electronic Identity Card (Mobile ID) by entering two codes. These two codes were enough to fake the identity of the victims. The scammers created new accounts in the Smart-ID application, which allows them to connect to services in Estonia.

It’s important to note that Smart-ID application allows people to use various services including managing Bank accounts. In total, 2.2 million people are using this app, including 433 thousand in Estonia. However, the damage caused to Estonians is only 1000 Euros.

It should be noted that the last failure in the Mobile-ID was recorded in May, when users could not make money transfers and use other services for several hours. However, there were no cases of identity forgery before.

The introduction of electronic passports is also planned in Russia. It is known that such innovation may appear in the Russian Federation no earlier than 2021.