A researcher at security services and consulting company SEC Consult discovered that some industrial managed switches made by WAGO are affected by several serious vulnerabilities.

One of the most serious of the vulnerabilities involves the presence of hardcoded credentials (CVE-2019-12550). A default account with root privileges has what SEC Consult has described as a “really weak password.” The credentials are stored in a file and they allow an attacker to connect to vulnerable WAGO switches via Telnet or SSH. 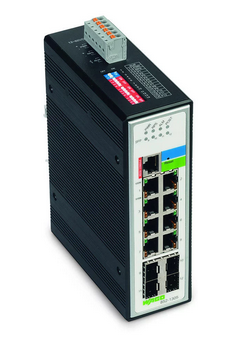 Another critical issue is related to hardcoded private keys for the SSH daemon. The private key is embedded in the device’s firmware and it can be abused to perform man-in-the-middle (MitM) attacks against the Dropbear SSH daemon without the victim noticing any fingerprint changes, Johannes Greil, head of the SEC Consult Vulnerability Lab, told SecurityWeek.

SEC Consult also found that the affected WAGO industrial switches use outdated versions of the BusyBox UNIX toolkit and the GNU C Library (glibc) that are known to contain vulnerabilities, including critical weaknesses. Greil has pointed out that the use of outdated components is a “big industry issue.”

Fortunately, Greil told SecurityWeek, the impacted switches don’t appear to be reachable directly from the Internet. The company’s IoT Inspector platform showed no SSH fingerprints and no SSL certificates associated with these devices via the Shodan and Censys search engines.

Germany’s VDE CERT, which coordinated the disclosure of the vulnerabilities, has published an advisory of its own and WAGO is expected to do the same soon.