Fraudsters posing as Elon Musk carry out a bitcoin scam on Twitter
Scammers are hijacking verified accounts and using them to imitate the Tesla boss as part of a new bitcoin con. 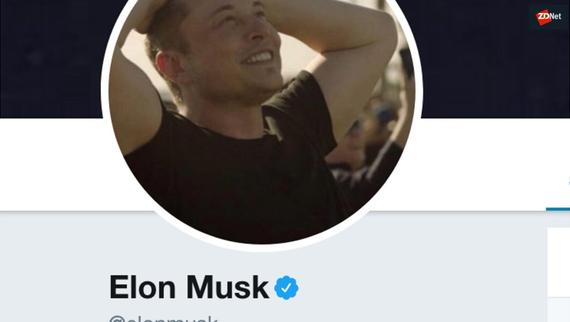 Twitter has eradicated thousands of fraudulent accounts tied to Iran and Russia which have been used to influence and dominate political discussions on the platform.

The majority of the fake accounts originate from Iran, the microblogging platform revealed on Thursday. In total, 4,779 accounts have been deleted as Twitter believes they are either associated with or fully backed by the Iranian government.

The spread of misinformation, the use of fake names, and the direct interference of political discussion through over 1,600 of these accounts “benefited the diplomatic and geostrategic views of the Iranian state.”

The accounts tweeted messages close to two million times with news content considered to be part of “platform manipulation,” which is against Twitter’s terms of service.

In addition, almost 300 of the banned accounts were focused on influencing discussions relating to Israel, and 2,865 accounts have been removed for using fake personas to target both political and social issues.

While the majority of the accounts appear to be of Iranian origin, Twitter has also deleted a handful of accounts from Russia.

Following discussions between the microblogging platform and law enforcement, Twitter believes that these four accounts were associated with the Russian Internet Research Agency (IRA), a Moscow-based entity and troll farm dedicated to promoting the Kremlin’s political agenda.

Accounts stemming from Iran and Russia were not the only ones on Twitter’s radar in the latest sweep of the platform. A total of 130 Spanish accounts have also recently been suspended after spreading content relating to the Catalan Referendum, and 33 Venezuelan accounts have been removed for fueling political agendas.

TechRepublic: Magecart attack: What it is, how it works, and how to prevent it

The account removal builds upon the suspension of 764 accounts, removed in January, which are believed to belong to a commercial entity in Venezuela.

As Twitter continues to fight the tide of inauthentic behavior and fake accounts, Facebook, too, is facing the same challenge.

In May, the social networking giant said it has removed Russian Pages, accounts, and Groups which were used in two separate political campaigns to influence discourse concerning military activity in Ukraine.