Amazon Sued Over Illegal Retention of Child Recordings Through Alexa 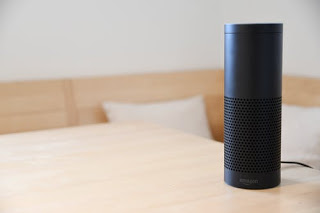 Amazon is being sued by a Massachusetts woman for unlawfully recording
and storing the voices of children with its Alexa-enabled devices; the lawsuit
filed in Seattle this week, claims that Amazon is contributing to a massive
database by harnessing private details of millions of Americans via voice recordings.

Children, as a
matter of fact, don’t fully understand the “potentially invasive uses of big
data by a company the size of Amazon” and they “use Alexa without any
understanding or warning that Amazon is recording and voice-printing them”,
according to the lawsuit.

Criticizing
Amazon’s methodologies, the two law firms, Quinn Emanuel Urquhart &
Sullivan and Keller Lenkner alleged that the company decides to retain the
actual voice recordings in spite of having an option to encrypt user voices. According
to the complaint filed by these firms on behalf of an anonymous minor, Amazon stores
the voices to examine it in the future and deploy the same for commercial
profit.

Referencing from the Lawsuit, “It takes no great leap of imagination to be concerned
that Amazon is developing voiceprints for millions of children that could allow
the company (and potentially governments) to track a child’s use of
Alexa-enabled devices in multiple locations and match those uses with a vast
level of detail about the child’s life, ranging from private questions they
have asked Alexa to the products they have used in their home,”
The company is “allowing
workers around the world to listen to the voice recordings and creating
voiceprints of the users, which can be used to identify them when they speak to
other devices in other locations,” the lawsuit reads.
Referenced from the statements
given by a spokeswoman to BBC, “Amazon has a longstanding commitment to preserving the trust of our customers and their families,
and we have strict measures and protocols in place to protect their security
and privacy.”
Commenting on the matter during his conversation with
Yahoo Finance,” Travis Lenkner, one of the plaintiffs’ attorneys, said,
“The legal theory is very straightforward.
These kids themselves never consented, if they even could. No one such as a
parent ever consented on their behalf,”
“Amazon purports to obtain consent
to record individuals who set up an Alexa-enabled device,” the complaint
states. “But there is a large group of individuals who do not consent to be
recorded when using an Alexa-enabled device and who use Alexa without any
understanding or warning that Amazon is recording and voice printing them:
children.”
“Every recording that is made of a
child, by Amazon through the Alexa software in one of these nine states is …
a per se violation of the privacy laws of those states and carries statutory
penalties along with it,”
Delving further into the matter,
Lenkar explains “It builds voiceprints of individual users”, “so if a child
uses an Alexa device in California, and then uses another one in Washington,
Amazon theoretically knows it’s the same person.” The device creates a unique
identity for each person based on their voice.”
The fact that Amazon could potentially overwrite the voice recordings and yet chose not to, given that doing so would
not hinder the performance of the assistant, further worsens the matter on
which the company is expected to provide answers in greater detail very soon.