Hong Kong Protesters being Hampered by a Cyber Attack 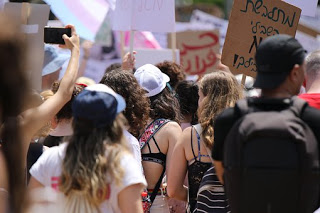 The major public protests which
unfolded over the last week in Hong Kong are targeting the legislation which would
allow accused to be extradited to mainland China to face trial. As the movement became violent, police resorted to tear gas, rubber bullets and pepper
spray in order to disperse the protesters.
Protesters are demanding for the
new extradition law (Fugitive Offenders Ordinance) to be scrapped and the debate over the bill has been delayed as the protesters did not assemble again;
Hong Kong natives are of the opinion that the law could potentially legalize
the kidnapping of people who practice their right to speech to say things or
behave in manners that go out of synchronization with the Chinese government.
Furthermore, Hongkongers feel that this new extradition law can also be
utilized to extradite visitors and travelers who are taken into custody on
suspicion.
As over the years, Telegram has
been a major platform for activists in Hong Kong and mainland China to
systemize and carry out protests effectively and bypass  government surveillance, Telegram CEO, Pavel Durov, remarked in a tweet, “Historically, all state actor-sized (attacks) we
experienced coincided in time with protests in Hong Kong,” “This case was not an exception.”
Twitter saw an upsurge in the
tweets which talked about the remarkable management and expert arrangements made
for the sizable protests; according to the organizers, a total of 1 million
people assembled for the protest, whereas, police recorded a total of 240,000.
The momentum which the protests
picked up was the direct result of the audience reached via various social
media platforms such as WhatsApp and Telegram.  These messaging apps were used by the
protesters to coordinate and spread the word about the Hong Kong protests.
The demand for highly secured and
encrypted social media messaging apps is likely to rise up due to a very fundamental
citizen need to evade government surveillance and stay guarded
against authoritative bodies.