A new type of fraud was discovered in WhatsApp 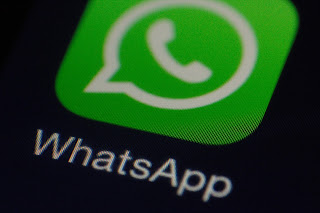 The Russian edition Cnews reported that ESET experts warned users of WhatsApp messenger about a new type of fraud.

At this time, users began to receive a message with a special offer on the occasion of the tenth anniversary of the messenger. The attackers promise 1 TB of free Internet traffic, moreover, this traffic can be used without Wi-Fi.

Users must follow simple steps to get a huge amount of free traffic: follow a special link, answer a number of questions, and send the same survey to his 30 contacts.

ESET experts believe that the ultimate goal of attackers is to distribute intrusive advertising without the consent of users. It turned out that this scheme really works; users who want to get a gift are playing a game of the scammers.

Analysts of the anti-virus company conducted an investigation, during which they managed to find the site of cybercriminals, which was used for several phishing campaigns. This is a type of fraud aimed at obtaining personal data of users. Fraudsters launched more than 66 phishing services from the same domain. All fake promotions were sent to subscribers under the guise of well-known brands – Adidas, Rolex, etc.

An interesting fact is that the scammers have already used such schemes to deceive WhatsApp users. In early May, it became known that the victims received a letter with an offer to get a premium account in the Spotify service. The attached link led to a phishing site similar to the official music platform portal.

It should be noted that WhatsApp posted on its website a publication in which it announced that WhatsApp will sue the organizers of mass mailings starting from December 7, 2019. Also, WhatsApp prohibits the use of the application for non-personal purposes. The messenger warns that it will collect evidence of illegal activity not only on its own platform. Moreover, in the fight against violators will be used technical means.