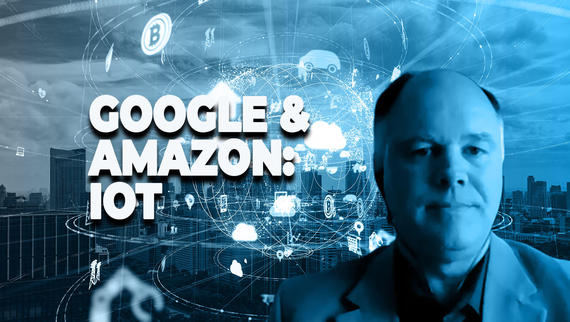 A new patent granted to Amazon suggests the retail giant is exploring ways in which drone surveillance could be packaged up as a new business solution.

The USPTO “Unmanned Aerial Vehicle Based Surveillance as a Service” patent, number 10,313,638, describes how an unmanned aerial vehicle (UAV) — otherwise known as a drone — can “perform a surveillance action at a property of an authorized party.”

The surveillance functions of the drone can be restricted through geo-fencing, a form of technology used in drones today to define areas which are acceptable to fly over and those that are restricted, such as military bases or airports.

Furthermore, the patent describes how the UAV could be used to generate images of a location both in — and outside — of a geo-fence.

The images themselves could be stored or sent to another device, and in addition, “surveillance alerts” can be issued for events of interest such as a break-in or fire.

This month, Amazon announced a drone which has been designed for commercial package delivery. Launched as part of the Prime Air program, the UAV aims to deliver packages to customers in under 30 minutes.

While Amazon’s drone delivery dreams have not yet come into fruition, it may be that the patent indicates other potential business opportunities drones offer.

TechRepublic: Amazon’s Jeff Bezos rips into relational databases…including his own?

Surveillance as a service could, for example, be an option for consumers willing to ‘hire’ a UAV to keep an eye on their property, or a solution for businesses that need overnight facility monitoring and are looking for a modern take on the traditional security guard.

However, as with all other patents, there is no guarantee that Amazon will make use of the granted patent now or in the future. It seems more likely that the company will focus on delivery diversification through drones first, and perhaps if the upcoming service proves both popular and profitable, surveillance as a service will become a way to capitalize on UAVs further.