Hit by Ransomware Attack, US Town Agrees to pay Attackers $600,000 in Bitcoin 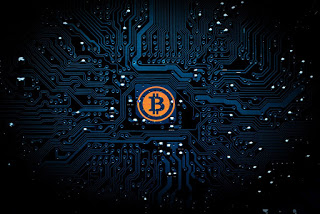 Riviera Beach, a small city which is located just north of West Palm Beach, fall prey to a massive cyber attack, wherein the hackers paralyzed the city’s computer systems and have asked the city council to pay a $600,000 ransom in Bitcoin in order to have the data released.

With the hope of regaining the access to the encrypted data in the cyber attack, the officials of the Florida town conducted a meeting this week where the council agreed to pay the criminals 65 Bitcoin, a difficult to track currency.

Reportedly, it was after an employee of the town’s police division accessed a phishing email, the virus which paralyzed all the computer systems in the city was unleashed.

To spread the word about the ransomware attack amongst the residents, a notice was posted on the city website which stated that they had undergone a data security event and was “working with our internal management team third-party consultants to address all issues.”

Commenting on the matter, Mr. Rebholz, a principal for Moxfive, a technology advisory firm, said, “The complexity and severity of these ransomware attacks just continues to increase,”

“The sophistication of these threat actors is increasing faster than many organizations and cities are able to keep pace with.” He added.

A number of American cities have fallen prey to similar, computer-based breaches wherein the attackers demanded heavy ransoms for the restoration of the networks. Recently, Baltimore experienced a similar attack and though they refused to pay the ransom, the attack cost the city $18 million to fix damages.