How to build privacy into devices like a bathroom smart mirror
CareOS CTO Ali Mouizina demonstrates the CareOS platform and Artemis Smart Mirror, which leverages tools like Google’s Tensorflow Lite as well as physical features like a built-in camera cover to ensure consumer privacy. 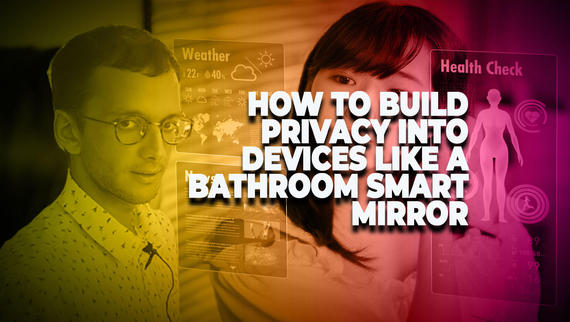 In 2017, there were an estimated 1.4 million burglaries, according to the FBI, and more than two in three break-ins occurred on ordinary residential properties.

These invasions are not always random. Analysis shows many break-ins are committed by someone who lives within two miles of the infiltrated property, meaning they can learn your habits and routine before attacking.

Utah-based security and safety solutions company Cove surveyed 933 people who had experienced a break-in and respondents reported their biggest tech regrets and how they coped with the break-in.

The results are startling.

Nearly 1 in 5 Americans involved in a burglary, installed security cameras after their home invasion.

Three-quarters (77 %) of burglary victims admitted to not having a home security system at the time of their first break-in.

However, of the people that did, almost half (46 %) admitted to not switching on their security system.

They are relying on their technology as a permanent solution for their smart homes, but failing in using it properly.

The study revealed that of respondents who have experienced at least one break-in, nearly one in two regrets not having a security system, with 40 % of victims buying one after their first break-in.

If respondents could turn back time to before a break-in, the top two precautions they would take would be to buy a security system and install security cameras.

Most burglary victims were more likely to cite technological solutions after a break in. Two out of five (41 %) of respondents wished they had invested in security cameras, and nearly 30 % wish they had kept virtual representations of their valuables.

Precautions are cheaper than risk: The average value of items stolen from a home invasion is nearly $2,000, and respondents only recover under a quarter (22 %) of their stolen items.

Three out of five (60 %) of break-in victims wish they had invested in home security, as studies show the best way to deter a criminal is to have an active home security system.

A Cove spokesperson said: “Though it’s important to have smart home tech to protect your home, knowing how to use it is just as crucial. In our survey, 1 in 5 burglary victims said they had a home security system, yet nearly half (47 %) admitted to having it off at the time of the burglary.”

Your home should be your haven – so your smart home should work to make sure that it is your well-protected haven – whatever happens.