5G: If you want it this year, Huawei is the only game in town, says Three


The game of 5G and geopolitics: What’s at stake?
The world’s most promising technology platform has become the grand prize in a game of global trade war. As China seizes prime platform territory, US allies find themselves caught in the crossfire. ZDNet’s Scott Fulton sits down with TechRepublic’s Karen Roby and shows us how anyone wins a game like this. Read more: https://zd.net/2WYnbBj 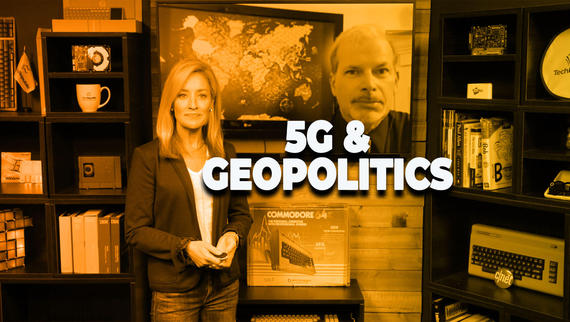 Mobile network Three is getting ready to switch on its 5G services, but behind that has been a huge digital transformation project for the network operator, from cutting back on a vast sprawl of applications to building a new cloud-based core network.

“We decided the only way to make an impact was to be quite different and quite bold with our technology programme,” Phil Sheppard, director of Network Strategy at Three UK, told ZDNet.

That meant a £2bn rethink of everything involved in Three’s radio network, the transmission network, the core network and IT.

SEE: IT pro’s guide to the evolution and impact of 5G technology (free PDF)

On the IT side it meant switching from 350 custom applications to standard software, which has made it easier for Three to sign up customers by cutting the time it takes to sign up for a contract from 30 minutes to five.

Three is also upgrading its core network – the brains of the network that routes calls and traffic – to a cloud-based Nokia system that will make it much easier and cheaper to add new capacity and services.

This virtualised network is needed to deliver the full benefits of 5G down the line, like the network slicing that can offer different quality levels for different services. Three is also moving from three datacenters to 20 datacenters distributed across the country.

More visibly, Three is now upgrading its 14,000 sites, boosting 4G speeds by switching spectrum used for 3G over to 4G and adding more 4G spectrum. And on urban sites, it is now adding 5G.

Unlike its bigger rivals, Three has decided to make its first step into 5G with a home broadband service in central London, and is currently testing the service with customers ahead of the launch next month.

“There are plenty of people in lots of locations that are not happy with their service that they get from their fixed line and don’t have the flexibility and performance that they want, we think we can get a decent part of that market,” says Sheppard.

A mobile 5G service across 25 towns and cities across the UK is also due before the end of the year.

But for now, Three isn’t worried about rushing out the 5G mobile service. “This year it’s going to be relatively small volumes of handsets, the early adopter market and then next year it will be much bigger. What we want to do is launch it right, launch it well,” he says.

No one really knows what 5G is going to be used for yet; Sheppard points to an increase in the consumption of mobile video, streamed gaming, cloud computing and perhaps, further into the future, there will be services taking advantage of the low delay in 5G networks to allow it to be used for factory control and autonomous cars. But even without a new killer app, 5G still makes sense for Three, he says.

Even though it’s expensive to build, it is also much more efficient than the older mobile technologies, which means that 5G is the cheapest option to grow the network and gives the best customer experience as well “so it already has a business case”, says Sheppard – plus the opportunity for new revenue streams.

“We do think it’s a bit of a gamechanger for us,” he said. Three hopes that the combination of the spectrum advantage and technology advantage, plus the fixed broadband service for home customers, will help it to grab more users.

Whereas Three had the smallest allocation of 4G spectrum, the network operator has – at least for now – more than twice as much 5G spectrum as its closest competitor, which it hopes will give it a significant advantage by allowing it to deliver faster speeds for customers. It says at launch its peak mobile speeds will be at least twice as fast as other mobile network operators.

But as with all the UK network operators there is one cloud on the horizon; whether the government will actually allow Huawei’s hardware to be used for 5G services.

Despite having used Huawei kit for years in their existing networks, concerns have been raised – mainly by the US government – about whether the Chinese state could, at some point, use its relationship with Huawei to force the tech company to spy on its customers’ networks.

Huawei has denied any wrongdoing and the US has not presented any evidence to back up this claim. Still, UK telcos are now waiting on a review by the Department for Culture, Media and Sport, even as they go ahead with their 5G projects.

Three is rolling out Huawei equipment in its radio access network and Sheppard acknowledges there has been a ‘lot of noise’ about Huawei since it made its decision last year.

“What we are saying along with all the other operators is we will follow the government’s advice, we have given input to their supply chain review. We think they’ve got all the information required,” he says.

He argues that the UK is in a different position to the US, with a large install base of Huawei kit already and processes in place – like the Huawei Cyber Security Evaluation Centre, which analyses all Huawei kit used in UK networks.

And if the UK does decide to forbid the use of Huawei kit that would likely cause a 12 to 18 month delay for 5G in the UK and will also have an impact on existing services, too. The way 5G is being rolled out at the moment, is that it effectively sits on top of the 4G equipment from the same vendor.

“If you are not going to use Huawei for 5G then you cannot use it for 4G on those sites, so you are going to have to rip out that kit and replace it and obviously that’s a cost, it’s also a big time investment as well, so 5G will appear later.”

Sheppard says he believes the systems being procured are safe and secure for many reasons, but wants the government review to be published soon.

“The reason we all chose Huawei for 5G launch this year is that they are well ahead of everybody else, so if you want to launch 5G this year they’re the only game in town.”