Singapore wants Facebook to offer up more details about the launch of its new cryptocurrency, Libra, before the country decides whether there is need for new regulation. The government, though, says it is “open” to new innovations in the sector if these do not threaten the stability of the local ecosystem.

The Monetary Authority of Singapore (MAS) remained in talks with Facebook about the US social media platform’s plans for Libra and would consider “appropriate regulatory responses” once specifics about the cryptocurrency were provided, said Senior Minister Tharman Shanmugaratnam, who oversees the central bank. 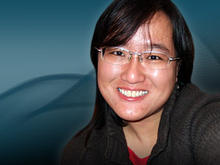 The island will get its first Bitcoin ATM in March, but does it really need another currency which main appeal is the anonymity it offers, especially since Singapore is reportedly susceptible to money laundering?

He noted that Facebook had expressed hopes its new digital currency would help lower the cost of payments and bring the unbanked into the financial system. It also would be working with a group of technology companies, including PayPal, Uber, and Visa, to launch Libra, said Tharman, who was responding to questions in parliament Monday on whether the government was considering regulatory changes–to manage a potential market shakeup and ensure data privacy–in light of Facebook’s plans for Libra.

The minister added that the Singapore government currently did not have details as to how Facebook and its Libra partners planned to implement the digital currency. “It is in the early stages of development, with a number of issues to be worked out around its features, use cases, and governance arrangements,” he said. “Like other regulators around the world, MAS will make an informed assessment of the potential benefits and risks of Libra once these details become clear.”

He noted that while Singapore already had a developed ecosystem of e-wallets and banking apps that allowed for domestic payments and transfers, the government remained “open to further innovations”, particularly, if these could bring additional benefits without undermining the stability and integrity of the country’s financial system.

Digital tokens or cryptocurrencies are permitted in Singapore, but are regulated if they involve products governed under the country’s Securities and Futures Act. MAS in the past year had repeatedly cautioned the public to understand the risks before investing in cryptocurrencies, stressing that these were not recognised as legal tender and functioned in an unregulated environment.

Facebook last month said Libra was slated for launch in 2020 and would be integrated with the company’s apps and services. One of its subsidiaries, Calibra, would be managing the Libra ecosystem, which would include the blockchain architecture required to facilitate the exchange for the digital currency. In addition, Calibra would launch a digital wallet for Libra and this would be integrated with Facebook’s Messenger and WhatsApp. It also would be made available as a standalone Google Android and Apple iOS app, potentially for use with third-party providers and e-commerce marketplaces.

Tharman said the Payment Services Act was introduced in Singapore to provide “regulatory certainty” for new payment products and services. He added that the legislation covered cryptocurrencies or digital payment tokens, as well as e-money, and domestic and cross-border fund transfers.

Depending on its its nature, Libra may be regulated under the Payment Services Act, and be subject to requirements on anti-money laundering and countering the financing of terrorism imposed under the MAS Act,” the minister explained. “As for personal data privacy, all entities operating in Singapore that collect personal data are subject to the requirements of the Personal Data Protection Act.”

MAS last month also announced plans to issue up to five digital bank licenses as part of efforts to add market diversity and boost the local banking system. The move meant that non-bank organisations would be able to apply for a license and offer digital banking services, extending an existing internet banking framework that had allowed local banks to establish digital bank subsidiaries.

Elaborating on the new licenses, Tharman said in parliament that digital bank applicants must have sustainable business models and “not engage in value-destructive competition to gain market share”. “MAS will monitor market dynamics and, where necessary, impose additional supervisory requirements or restrictions to deter such behaviour. The aim here is to avoid unsustainable banking practices and to preserve a level playing field among banks,” he said.