Biometrics and big data: How to create the airport of the future
New technologies could turn air travel into a pleasure, not a pain. 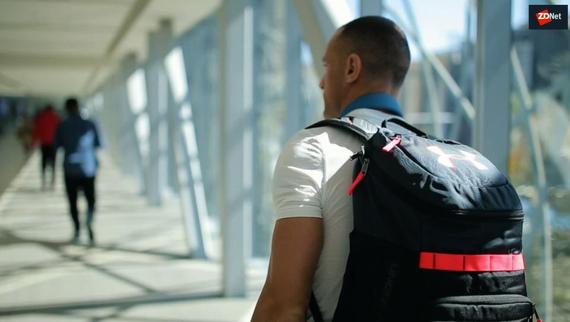 A facial recognition platform used by over 30 agencies in San Diego, Calif., will be suspended on January 1, 2020, following a long campaign by civil rights groups.

Launched in 2012 and known as the Tactical Identification System (TACIDS), the program involves a database of facial recognition scans shared between local, state, and federal agencies. Officers equipped with handheld devices — including phones and tablets — are able to conduct scans to identify “uncooperative persons” and people of interest, as well as those with outstanding warrants.

“Often as law enforcement entities work in a tactical environment they encounter individuals unwilling to cooperate and give accurate information,” a description of the system reads (.PDF). “Sometimes, this lack of cooperation renders it impossible to positively identify the individual. With limited cause agents may be unable to detain these persons long enough to confirm their identity and thus miss an opportunity to detain a wanted person. This solution seeks to remedy this problem by giving agents additional positive identification tools in the field.”

According to the Electronic Frontier Foundation (EFF), between 2016 and 2018, over 65,500 scans were performed by officers.

The widespread use of facial recognition technology such as TACIDS on the general population has caused controversy, with critics arguing that it is an intolerable invasion of our privacy. It has also been argued that technological surveillance could exacerbate police bias when it comes to ethnic minorities, black, and Latino populations.

A new law in California, Assemblymember Phil Ting’s AB 1215, was passed by the state Senate in September and signed a month later by Governor Gavin Newsom. The law puts a moratorium on the face recognition technology use by law enforcement agencies for three years.

After the EFF sent a letter demanding compliance to the San Diego Association of Governments (SANDAG), the agency that manages TACIDS, an agenda has been published revealing that the program will be suspended on January 1, 2020.

The memo says that the Automated Regional Justice Information System (ARJIS), a major component and overseer of TACIDS, “will notify all law enforcement partners that TACIDS access will be suspended, which will include removal of the TACIDS Booking Photo interface and all user access to TACIDS systems.”

A software agreement for TACIDS, which costs $175,000 annually, will not be renewed after its expiry in March 2020.

“We just stopped one of the largest, longest-running, and most controversial face recognition programs operated by local law enforcement in the United States,” the EFF says. “The end of San Diego’s program marks a major victory in the nationwide battle.”

Additionally, SANDAG says that as US Immigration and Customs Enforcement (ICE) refused to sign and comply with updated California Department of Justice (CADOJ) guidance on how government agencies and law enforcement can use shared databases when it comes to immigration, its accounts have been disabled.