Executive dies, taking investor cryptocurrency with him. Now they want the body exhumed


SEC pauses Telegram’s $1.7b cryptocurrency play
The Securities and Exchange Commission has taken emergency action to halt the digital token offering that has already raised $1.7 billion. 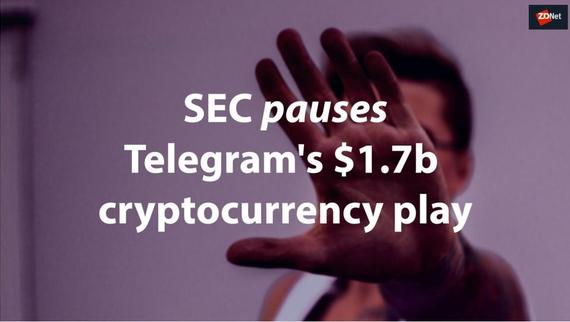 Now, these same traders, devoid of millions in investment, have requested that the body of the firm’s former CEO be exhumed to confirm his death.

The story of Cotten’s passing exploded in February when it emerged the former executive was the only one in possession of the passwords required to access Quadriga CX cold wallets, containing roughly $250 million in cryptocurrency.

Once the owner passed away in India due to reported complications with Crohn’s disease, the assets were deemed lost, leading to the Canadian cryptocurrency exchange to file for Companies’ Creditors Arrangement Act (CCAA) protection — and later instigate bankruptcy proceedings.

“We did not enter into this decision lightly,” Quadriga CX said. “We have worked extensively to address our liquidity issues, which include locating our very significant cryptocurrency reserves held in cold wallets required to satisfy customer cryptocurrency balances on deposit and sourcing a financial institution to accept the bank drafts being transferred to us. Unfortunately, these efforts have not been successful.”

The company was able to continue operating for a number of weeks after the chief executive passed away, but once the news was made public by his widow, Jennifer Robertson, the exchange’s operations rapidly unraveled.

The cold wallets were only accessible through Cotten’s laptop, and while attempts were made to obtain access including hiring external IT specialists and an extensive search for a paper copy of the credentials, none have borne fruit.

Reddit subthreads mentioning the cryptocurrency exchange are alight with conspiracy theories and it appears that some former traders do not believe that the former CEO is dead — suggesting that instead, Cotten is still alive and is living off the proceeds of an unusual form of exit scam.

Investors are now demanding concrete proof of his passing.

In a letter (.PDF) dated 13 December, representatives of the users that have lost access to their cryptocurrency as appointed by the Supreme Court of Nova Scotia — where Quadriga CX used to call home — lawyers from Miller Thomson LLP and Cox & Palmer have asked that the Royal Canadian Mounted Police (RCMP) perform an exhumation of his body.

No autopsy was requested at the time of Cotten’s death. Now, a post-mortem examination has been requested to confirm the body belongs to Cotten, who died aged 30, as well as his cause of death.

The representative counsel says the procedures should take place “given the questionable circumstances surrounding Mr. Cotten’s death and the significant losses of affected users.”

In addition, the letter says there is a need for certainty “around the question of whether Mr. Cotten is in fact deceased.”

The legal team hopes the exhumation and autopsy can be completed by early 2020, as noted by The New York Times. The lawyers claim time is of the essence, citing “decomposition concerns.”

A lawyer for his widow told the publication Robertson was “heartbroken” to learn of the request.

In June, the Federal Bureau of Investigation (FBI) sent out a request asking former QuadrigaCX users to fill out a questionnaire as part of an investigation into the firm, conducted with the Internal Revenue Service Criminal Investigation (IRS-CI), the United States Attorney’s Office for the District of Columbia, and the Department of Justice (DoJ).

An Ernst & Young report into the financial workings of Quadriga CX has also raised some troubling issues. According to the monitor, the cryptocurrency exchange’s operating infrastructure was “significantly flawed,” with Mr. Cotten “failing to ensure adequate safeguard procedures were in place to transfer passwords and other critical operating data to other Quadriga representatives should a critical event materialize.”

In addition, Ernst & Young was unable to find any accounting or basic corporate records separating company and investor funds.

CNET: How we evaluate and review VPNs

Last month, cryptocurrency trading platform Upbit revealed the theft of $48.5 million in Ethereum (ETH) from the organization’s hot wallet. Upbit has pledged to cover the stolen funds, and after the suspension of trading for several weeks, normal services have begun to resume.