The reasons why Jack Dorsey banned political ads from Twitter
The new policy will go into effect on November 22, Dorsey said. 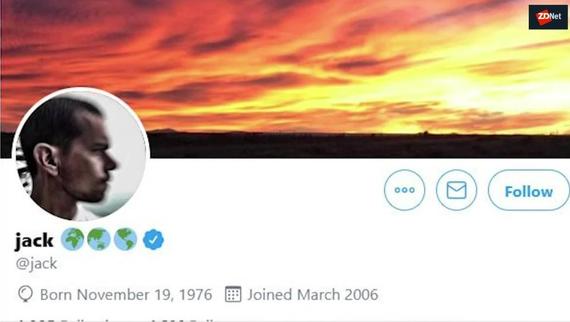 Twitter has said that it will now block animated PNG (APNG) files because the format doesn’t respect autoplay settings and posed a threat to “the safety of people with sensitivity to motion and flashing imagery, including those with epilepsy”.

The social media giant said the bug in Twitter had allowed users to add multiple APNGs. “APNGs ignore our safeguards and can cause performance issues for the app and your device. Today we’re fixing the bug which will no longer allow APNGs to animate when Tweeted,” Twitter Support said in a tweet.

APNG files already on Twitter will remain on the social network but the company will prevent users from uploading new ones. According to a report on Yahoo news, Twitter said it was unaware of the bug being used to misuse APNGs but was making the move to avoid the possibility.

The move by Twitter comes soon after the Epilepsy Foundation announced it had filed a criminal complaint with US law enforcement over attacks that used its handle and hashtags to post flashing and strobing lights, which it said were designed to trigger seizures in epilepsy sufferers.

According to the foundation, the attacks were timed to coincide with National Epilepsy Awareness Month, which is when people with epilepsy are more likely to be following the organization’s Twitter feed.

“These attacks are no different than a person carrying a strobe light into a convention of people with epilepsy and seizures, with the intention of inducing seizures and thereby causing significant harm to the participants,” said Allison Nichol, Esq., director of legal advocacy for the Epilepsy Foundation.

The organization noted that people with epilepsy may not be aware that they’re sensitive to strobing lights until they have a seizure.

It estimates that about 3% of people with epilepsy are vulnerable to seizures when exposed to flashing lights at certain intensities.

Jacqueline French, M.D., chief medical and innovation officer of the Epilepsy Foundation and professor of Neurology at NYU Langone Health’s Comprehensive Epilepsy Center, said the population of people with photosensitive epilepsy is small, but the impact on them can be “quite serious”.

“Many are not even aware they have photosensitivity until they have a seizure,” French said.