Huawei warns of ‘difficult’ year ahead amidst ongoing trade ban


Huawei is rallying its employees to prepare for a “difficult” year ahead as sales of its products remain restricted in the US and the global economy continues its downward trajectory. The Chinese tech giant goes into “survival” mode for 2020, where it will look to further diversify its supply chain to mitigate risks to its business.

While it clocked a revenue growth of 18% to hit 850 billion yuan (US$121.48 billion) this year, sales figures were lower than its initial forecasts, said Huawei’s rotating chairman Eric Xu. However, 2019 had been an “extraordinary” year for the company despite the US government’s “concerted efforts to keep us down”, Xu penned Tuesday in his year-end address to employees. 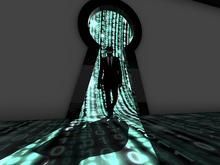 It requires so much effort to build backdoors into networking equipment that work across different global communications networks and system configurations that it likely is easier and more effective to bribe a telco executive, says Huawei’s chief cybersecurity officer.

The global economic outlook, though, was uncertain and external market conditions were increasingly complicated. Xu said: “In the long term, the US government will continue to suppress the development of leading technology, [resulting in] a challenging environment for Huawei to survive and thrive.”

He added that the company would remain on the US Entity List into the new year, which he said would prove “difficult” for Huawei and see lower growth rates compared to the first half of 2019.

“Survival will be our first priority,” he said, noting that the Chinese vendor would focus on sustaining growth, boosting its capabilities, “optimising” its organisation, and controlling risks in 2020.

Specifically, Huawei needed to widen its supply chain diversity to safeguard its supply and ensure business continuity, Xu said. The company also would continue to beef up its software development capabilities, bolstered by a five-year $2 billion investment plan.

In addition, it would “go all out” to build up its Huawei Mobile Services ecosystem, which was essential to its ability to drive sales of its smartphones outside China and support its application partners, he said.

He also pointed to the company’s Kunpeng and Ascend processors as the “cornerstone” of its cloud and computing, and stressed the need. in 2020, to drive the number of applications and products running on these chips.

Huawei last week dismissed reports that its success was fuelled by billions of dollars in financial support from the Chinese government, arguing that The Wall Street Journal article that suggested so was based on “false information” and wild speculation. The article said Huawei had access to as much as $75 billion in financial support from its government, enabling the vendor to offer attractive service terms and undercut its competitors’ pricepoints by 30%.

In response, Huawei said it had invested close to $73 billion in R&D over the past decade, with $15 billion poured into such efforts in 2018 alone. It also invested more than $4 billion into 5G between 2009 and 2019, which it said was more than the total investment major equipment vendors in the US and Europe collectively had invested in 5G.